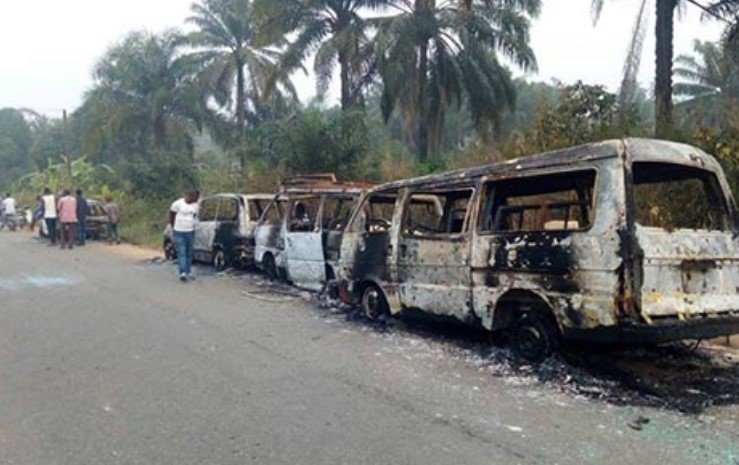 The buses which were also conveying election personnel were set on fire and some of the drivers wounded with machetes.

The personnel and drivers escaped and found their way to the INEC office to report the incident.

You may also like: Breaking: Two Suspects Arrested For Planting Explosives On Ebonyi Bridge