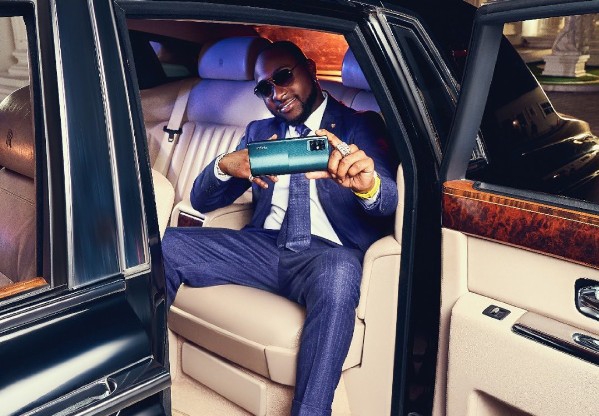 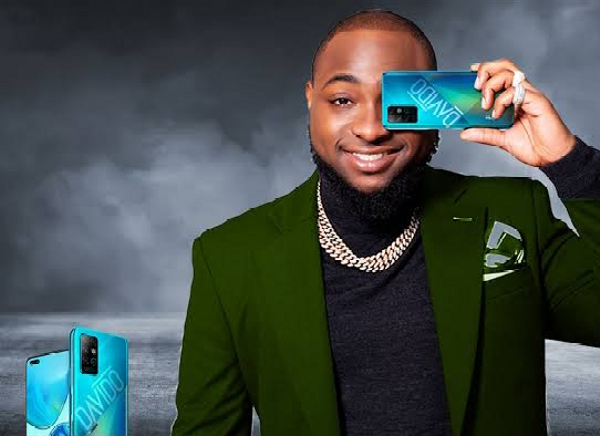 Back in 2018, Infinix Mobile announced Nigerian music artiste, David Adedeji Adeleke, professionally known as Davido, as its brand ambassador at a well attended ceremony in Lagos.

Since then, Davido has been promoting the brand’s new smartphones, with the most recent, being the Infinix Note 10, which was launched back in June, 2021.

Ahead of the reveal, Davido posted a photo of himself inside a Rolls-Royce Phantom 8 sedan while holding the Infinix Note 10 smartphone that was set to be launched later on that day. 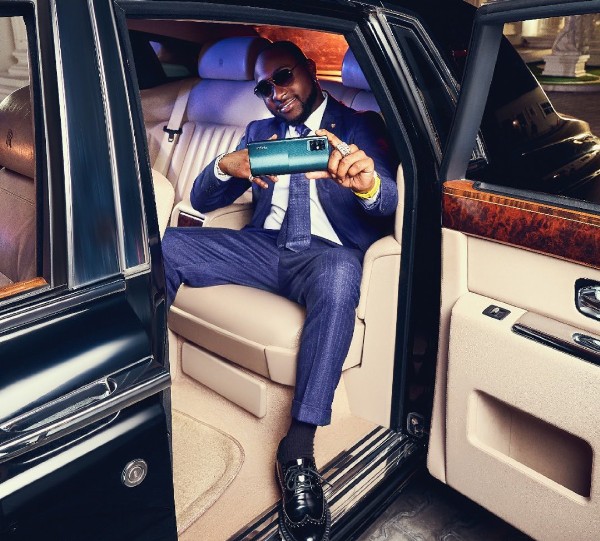 His tweet was accompanied with the specs of the phone.

“The #InfinixNote10Launch is today and e choke! Superfast processors, sleek screens, the dopest cameras. The #AllPowerfulNote is a Beauty & Beast of a smartphone.

We can’t say whether the singer owns the Rolls-Royce Phantom 8 that was used to promote the Infinix Note 10 smartphone or not, but Davido said the Cullinan is his first-ever Rolls-Royce car, an ultra-luxury SUV he purchased back in May.

And it appears Davido’s Rolls-Royce Cullinan may have finally arrived in Nigeria after the singer received over ₦150 Million from friends and fans within a day to clear the SUV from port.

Davido got more than the needed funds after he ‘jokingly solicited for ₦100 Million’ from friends and fans to clear his Rolls-Royce Cullinan. Among those who funded Davido’s bank account includes rapper MI Abaga, billionaire nightclub owner Obi Cubana, and billionaire Businessman, Femi Otedola.