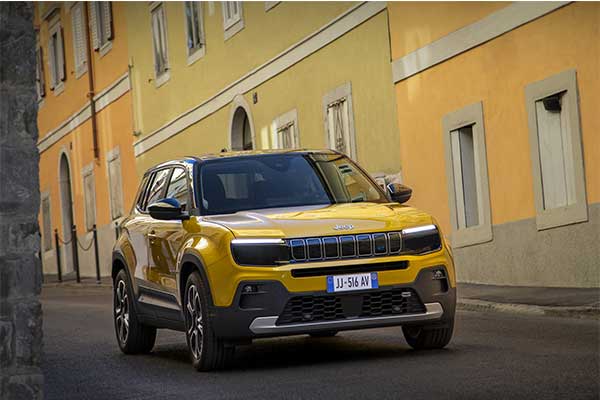 The new Jeep Avenger, the off-road brand’s first production-bound electric vehicle, made its formal debut on Monday at the 2022 Paris auto show. The Avenger is a subcompact crossover designed primarily for Europe.

In terms of looks, the Avenger has a classic Jeep ambience, with the seven-slot grille, split LED headlights, muscular fenders, trapezoidal wheel arches, X-shaped LED graphics on the taillights, aluminium-style skid plates and a heavy dose of plastic cladding on the bumpers and side sills.

“The new Jeep Avenger represents a key milestone for the brand as it is the first of a portfolio of all-new Jeep BEVs to be introduced in Europe,” said Christian Meunier, Jeep brand CEO. “It offers Jeep brand capability that is rightsized for the European market and at the Paris Motor Show, we are showcasing why it is a great all-electric Jeep brand alternative to current players in the B-SUV segment.”

Power is gotten from a single motor producing 154 horsepower and 191 lb-ft of torque. The e-motor draws its juice from a 54-kWh battery built in-house by Stellantis. It has been rated at 400 kilometres (249 miles) of range in the combined WLTP cycle but you should be able to squeeze out as much as 550 kilometres (342 miles) during city use only. Once it’s out of juice, the lithium-ion pack can be replenished from 20 to 80 percent in 24 minutes provided you’re using a 100-kW connection.

Interior-wise, the Avenger is similar to other Jeeps, especially the Wrangler. Onboard tech includes a 10.25-inch radio screen Uconnect Infotainment combined with a full digital cluster available in two variants (seven and 10.25 inches), wireless Android Auto and Car Play, embedded navigation by TomTom with enhanced natural voice recognition, and over-the-air updates. The cabin also comes with electronically adjustable leather seats with a massage function, multicolour ambient light said to reduce the strain on eyes during night driving, and a wide sunroof (which will arrive later).

It has been confirmed that a petrol model will be available as well as AWD models (FWD is standard). 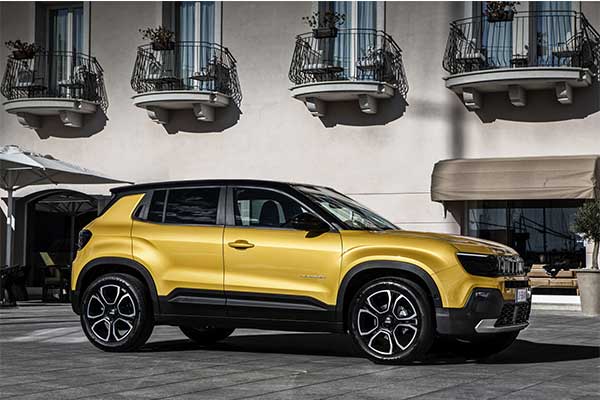 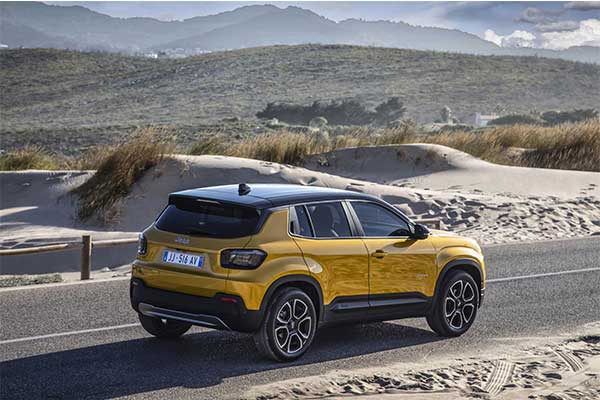 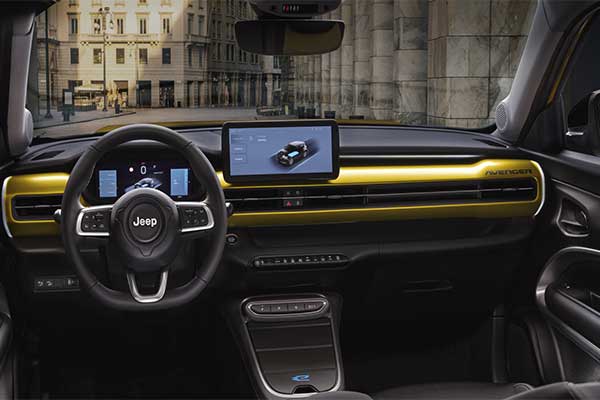 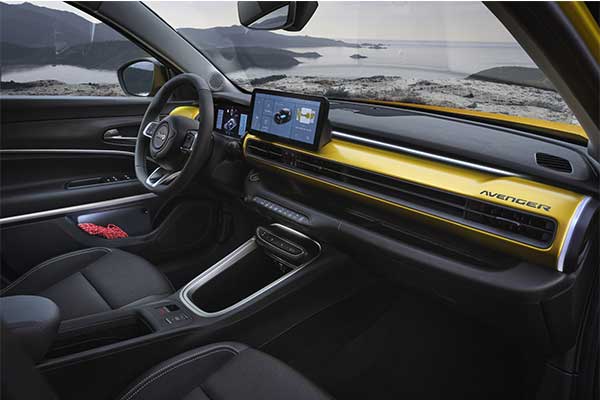