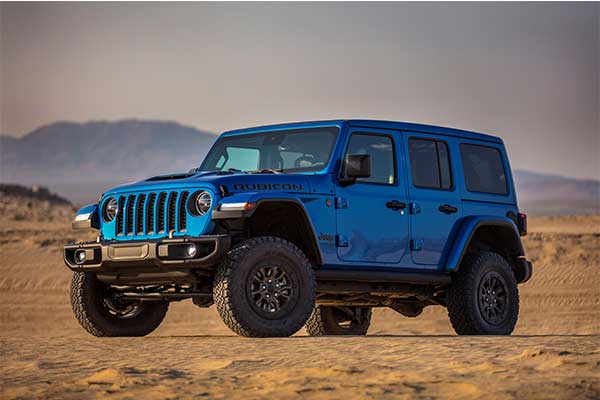 The fight for the ultimate outdoor SUV continues as Jeep strikes one back at Ford with the Wrangler V8 SUV. A few months back, a concept version was unveiled but this is the production model and its not so different from the regular model. Jeep claims this is the most capable Wrangler yet and it should give the Ford Bronco a little concern.

The new Jeep Wrangler V8 (Rubicon 392) packs a specifically tuned 6.4-litre V8 rated at 470 horsepower and 470 lb-ft of torque, marking the first time the Wrangler has been offered with a V8 powerplant in nearly 4 decades. It will be available in the 4-door body variant alone with all the customizable options. In addition to that, a single 8-speed automatic is fitted coupled with a 4wd system. The Wrangler Rubicon 392 rockets 0-62 mph in 4.5 seconds and does the quarter-mile in 13 seconds which is impressive.

As for the interior, the Wrangler V8 get leather seats with bronze stitching to match the bronze accents on the exterior. There’s also a standard 8.4-inch touchscreen display. Meanwhile, accessories such as LED lights, rock rails and winches will be available courtesy of Mopar. For the first time in a Wrangler, the leather-wrapped steering wheel is mounted with aluminium paddle shifters. Jim Morrison, Head of Jeep Brand at FCA North America made a statement. “This is the most powerful, quickest, most capable Jeep Wrangler we’ve ever built,”. 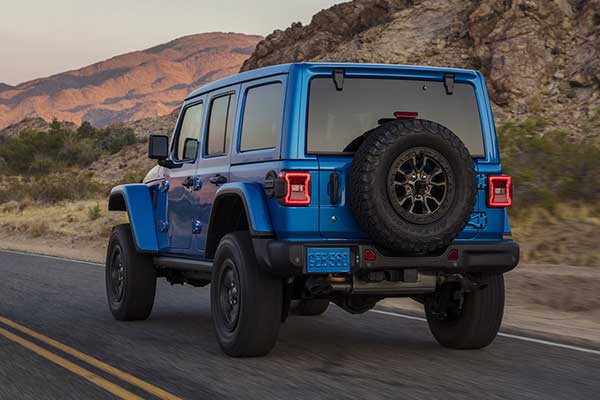 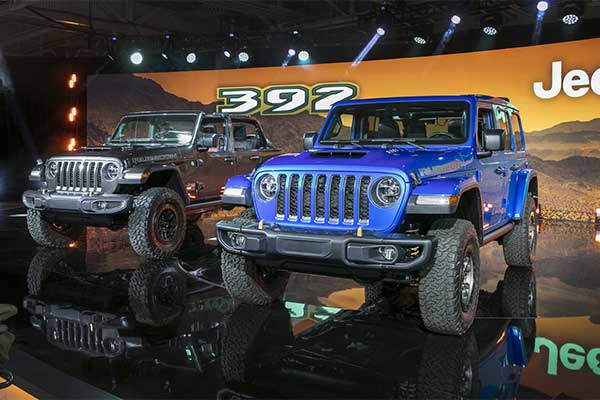 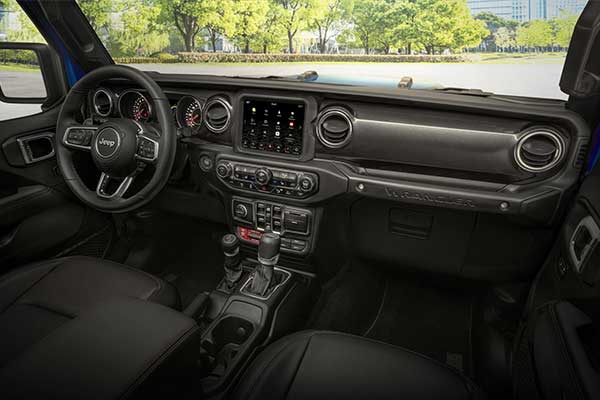 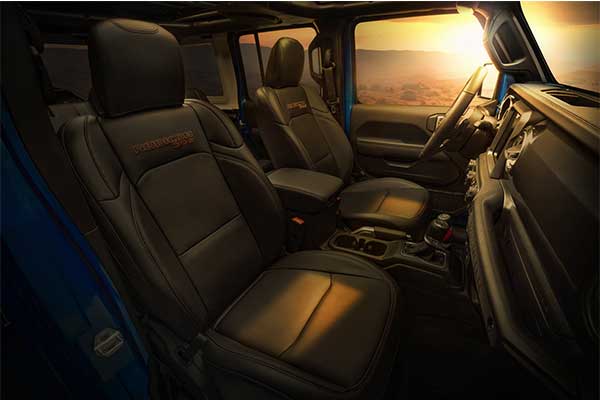 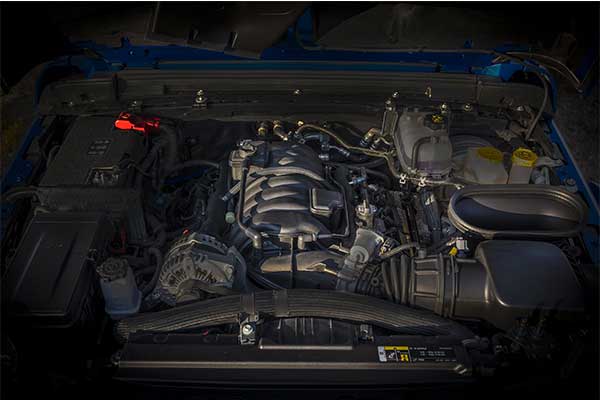