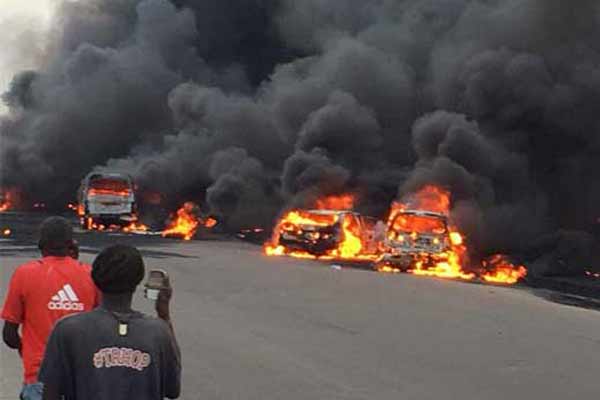 At least 64 persons sustained injuries late Saturday after a fuel tanker exploded in Kano. The victims included eight firefighters. This was revealed by the  Kano State Fire Service, yesterday.

They sustained several degrees of burns from a petroleum tanker explosion at a filling station in Sharada area of the state. This was while the tanker was offloading the inflammable substance.

The state’s Commissioner for Works, Garba Idris, told reporters that 56 persons were affected and blamed the station for violating procedure of offloading the substance.

The official blamed the filing station for offloading fuel in day time despite the scorching sun.

“Everybody knows it is against the law to offload the substance in the hot weather like that of Kano, which was responsible for the explosion. 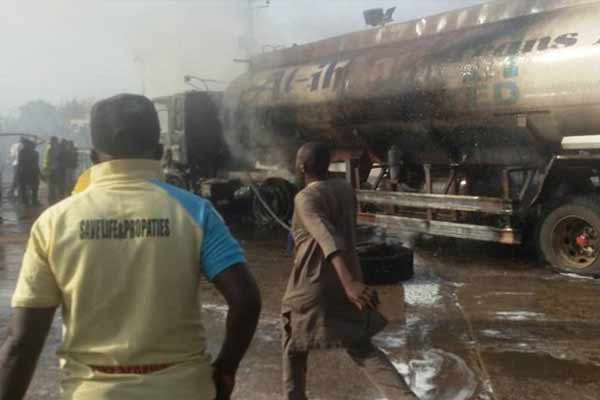 Also, the spokesperson, Federal Fire Service in Kano, Nura Maigida, said the agency was investigating the cause of the fire.

Confirming the incident, spokesperson of the Fire Service, Saminu Abdullahi, said the explosion involving the tanker with number plate NSR 183 XW occurred when the tanker was offloading its product at the filling station.

Abdullahi said the victims were rushed to the Murtala Muhammad Hospital.

He said: “We received a distress call at about 16:20 hrs Saturday evening from Malam Sha’abu Umar and NCC in Sharada Gadar Yanmata, Kano, informing us of a petroleum tanker with number plate NSR 183 XW carrying 6,600 litres of petrol involved in fire outbreak while offloading the product.

“The fire was brought under control by our men at 16:50 hours. After a short while, one of the filling station staff, Ahmed Mohammad, 26-year-old, ignorantly opened one of the tanker’s compartment and as a result reignited the fire leading to an explosion that trapped 64 victims, including eight of the firefighters, who got burnt from the explosion.”


Related Topics:kano-tanker-explosiontanker explosion
Up Next