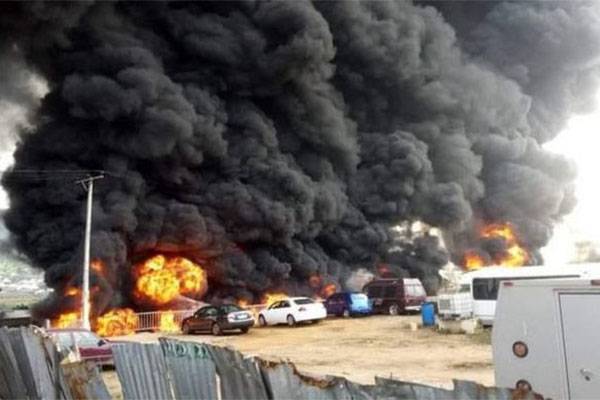 At least 23 people have been reported dead in central Nigeria after a fuel tanker exploded following a collision with other vehicles.

A primary school pupil and students are reported to be among the dead.

The crash happened on Wednesday morning on a major highway in Lokoja. A driver had lost control of his tanker after the brakes failed, local police said.

Video from the Lokoja tanker explosion

Many of them were pedestrians, including the students who were crossing the road to go to college, local resident-Iliyasu Zakari said.

The governor, however, urged the students of Kogi State Polytechnic to remain calm and peaceful. He stated that he shared in their grieving moment over the death of some of their colleagues in the disaster.

See Images from the scene of the accident below: 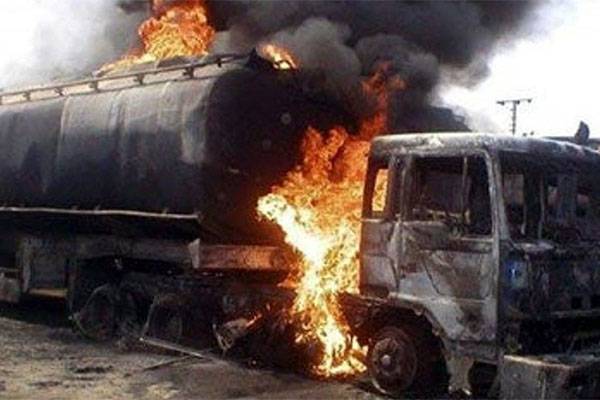 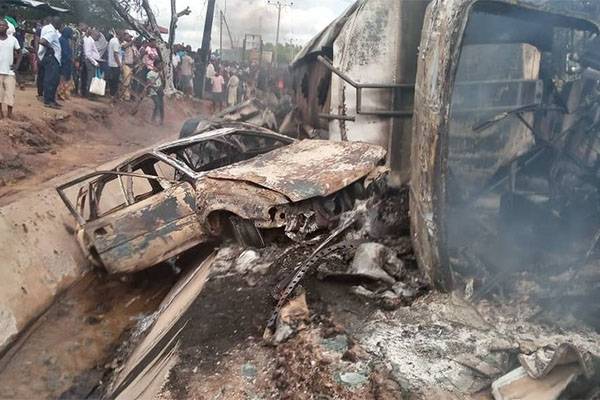 It is however sad of note that several of tragic occurrences such as this is on the rise in Nigeria. Most of the accidents can be attributed to the poor conditions of our roads or better still, the negligence of our government in putting these major high ways in order, added with the non-Challent altitude of untrained drivers.

FG To Spend $1.9 Billion On Rail Line To Niger Republic