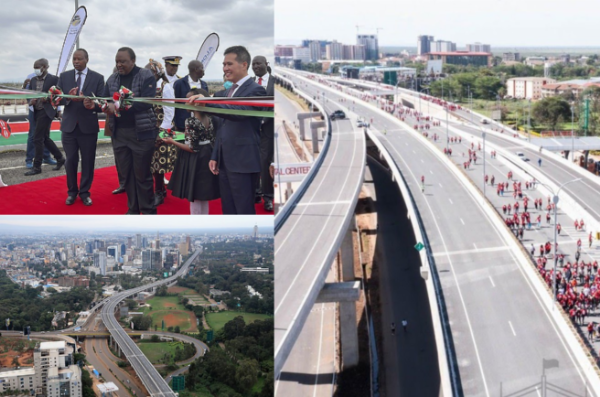 Kenyatta says that the 27-km Expressway and the revamped bypass will address Nairobi’s traffic gridlock.

Since it was opened for public trials in May, a 3-hours drive now takes between 15 and 24 minutes.

CRBC, which built and financed the $668m Expressway, will operate it for 27 years to recoup the investment through toll fees. 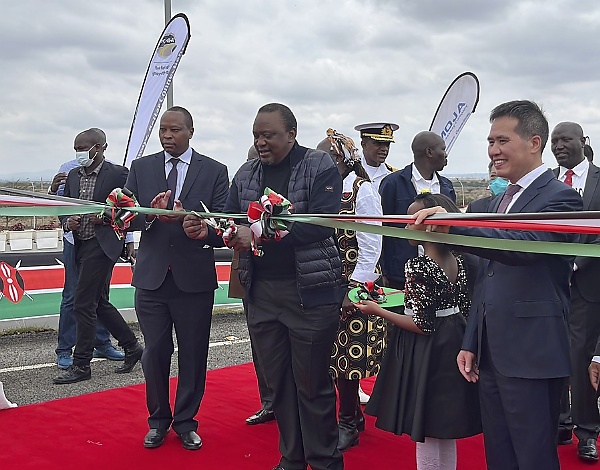 Kenyatta hailed the Chinese-built roads, which began a trial run in May, for boosting development and cutting travel time in the country, noting the roads’ has bolstered the country’s tourism, conferencing and hospitality sectors.

“Since we opened the road (Nairobi Expressway) for public trials, it now takes between 15 and 24 minutes to drive from Mlolongo in Machakos County to Rironi in Kiambu County.

“Before the expressway, that journey would take at least three hours which is the equivalent of flying to Addis Ababa and back,” Kenyatta said. 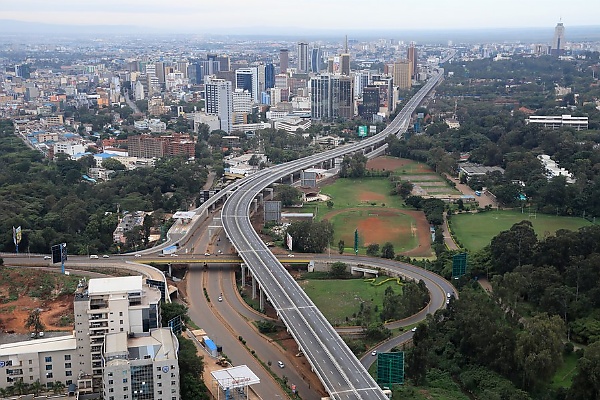 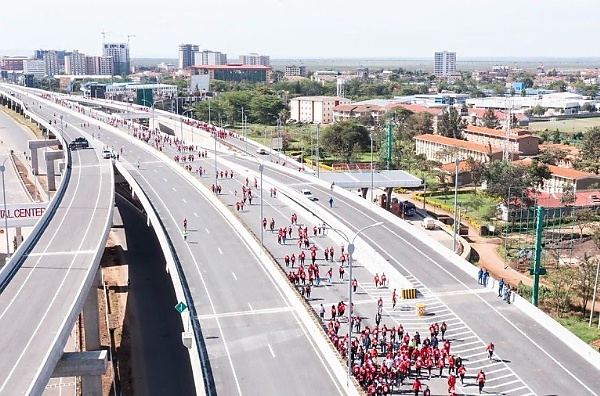 China Road and Bridge Corporation (CRBC), which built and financed the US$668 million 27.1 km Nairobi Expressway, will operate the highway for 27 years to recoup the investment through toll fees.

Kenyatta said he believes the expressway and bypass will address Nairobi’s traffic gridlock. The gridlock is estimated to cost Kenya over $41.99 million annually in lost productivity and wasted fuel.

“This singular project secures Nairobi’s status as the region’s capital and economic nerve center and, therefore, strengthening Kenya’s position as Eastern and Central Africa’s commercial and diplomatic hub,” he said.

Police Officer On Duty, If In An Emergency Situation, Has The Right To Drive Against Traffic – Lagos Police PRO