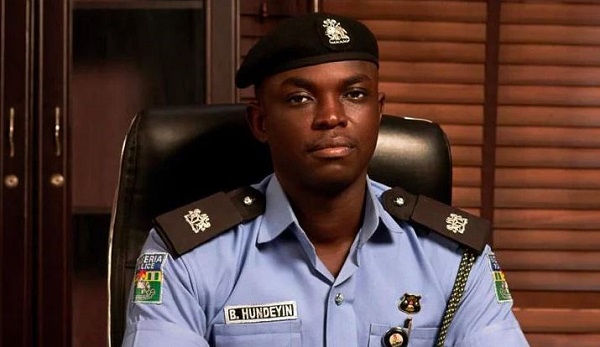 A Twitter user whose username is @I_am_Sharkz, made a post where he alleged that a certain road user was being harassed for driving against traffic. He claimed that some police and military officers took the lead of driving against traffic but were not harassed except the man. In his tweet, he tagged some persons alongside Ben Hundeyin, who happens to be the Lagos state Police PRO.

Ben Hundeyin replied to this tweet stating that police officers and other first responders can go against traffic when discharging their duties.

Below are the tweets:

@BenHundeyin @SavvyRinu @DavidHundeyin ..This happened this morning along Maryland,Lagos.The man drove from behind and that was the reason for this harassment, however, some police officers and military officers did it first which made the man follow them but they were excepted. 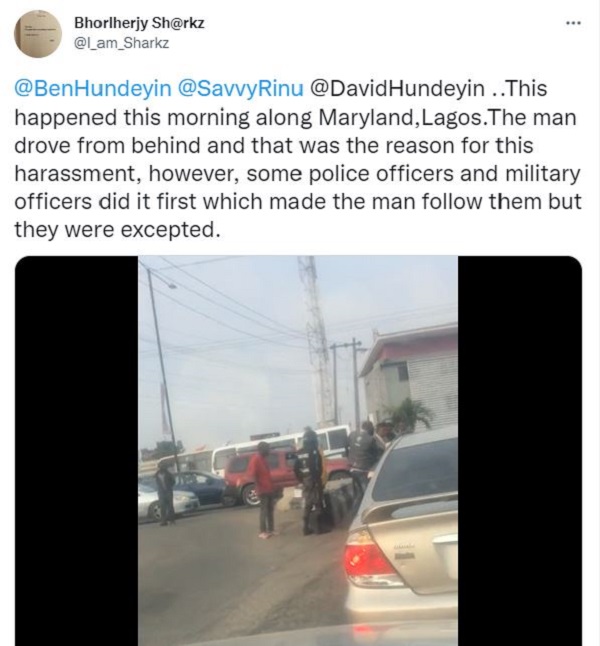 In response to this tweet, Ben Hundeyin stated this:

Ambulances, fire trucks, Police vans & other first responders follow an unapproved route due to extenuating circumstances, you then follow. What exactly is your excuse? You resist arrest & minimum force as prescribed by law is used, then you cry foul. Sue and let’s see you win. 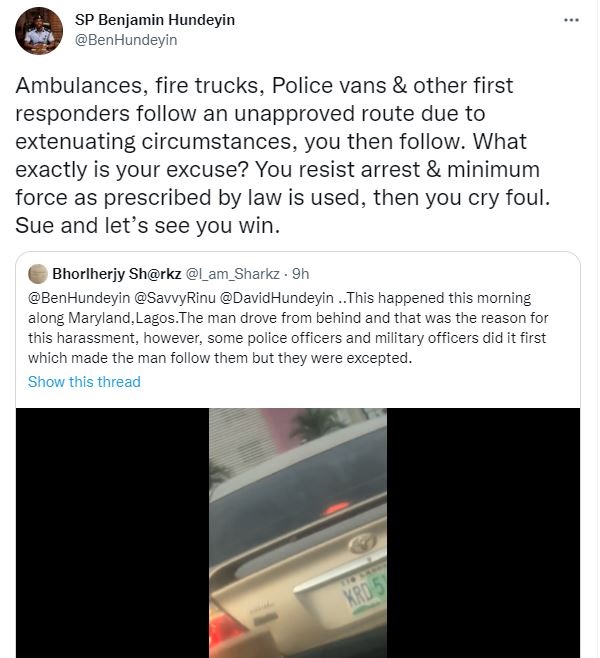 When the issue of the police officer driving in his personal car came up, PRO Ben chipped in a short story and then vehemently discourage road users from driving against traffic.

6:30am on Sunday, October 11, 2020, I was called & asked to report at the FHQ immediately for preparations as the IGP was to announce the disbandment of SARS that morning. I drove in my personal car but trust me, that was an important national assignment. Do not judge by the car.

And please, do not twist this. No one has endorsed or encouraged anyone to drive against traffic and endanger other road users. That would be inexcusable. Above all, discretion is key. 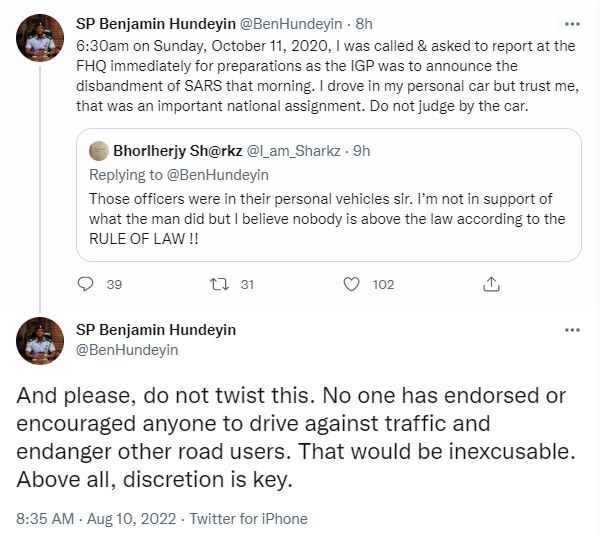