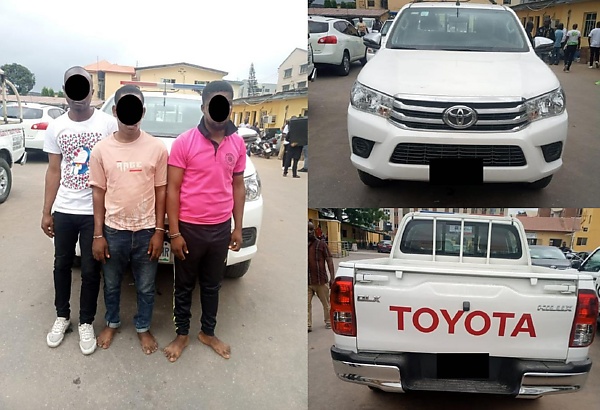 Police said that the pickup truck was bought brand new and is just three weeks old.

It added that all the suspects were arrested together in the Toyota Hilux while trying to sell it.

All the suspects will be arraigned at the end of investigation. 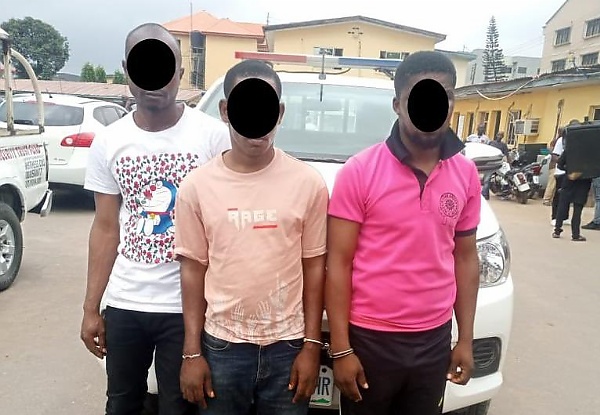 Detectives of the Lagos State Police Command have arrested a 41 year old driver, Ortema Paul, within the Ojodu axis of Lagos State while on his way to sell off his employer’s 2021 Toyota Hilux pickup truck for N20 Million.

The suspect was arrested on August 9, 2022 alongside his guarantor, Iorfa Paul, and a tracker expert, Ojo Solomon, who was contracted to locate and disable the tracker in the vehicle. 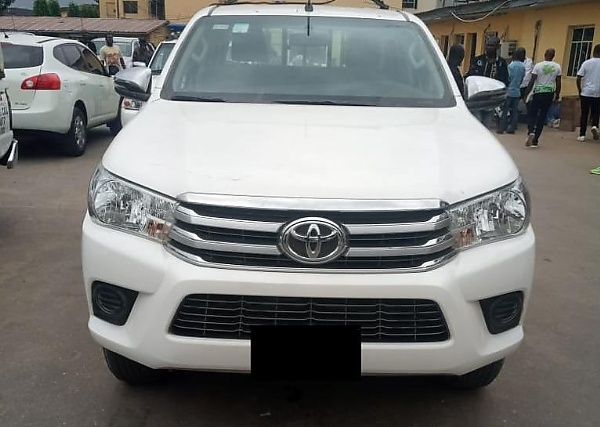 A statement by SP Benjamin Hundeyin, spokesperson of the state police command, revealed that the vehicle was bought brand new and is just three weeks old. All the suspects were arrested together inside the vehicle while trying to sell it. 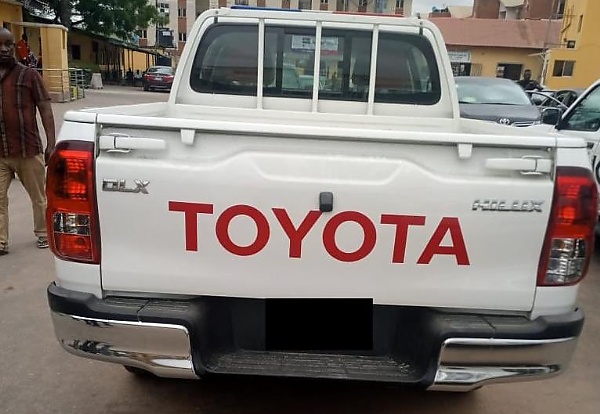 “The arrest followed the launching of a swift investigation into the matter immediately a report of the stealing was received. Suspects will be arraigned at the end of investigation.

“The Commissioner of Police, Lagos State Command, CP Abiodun Alabi, fdc assures residents of Lagos that the Command will continue to work towards the decimation of crime and criminality in the Centre of Excellence.”