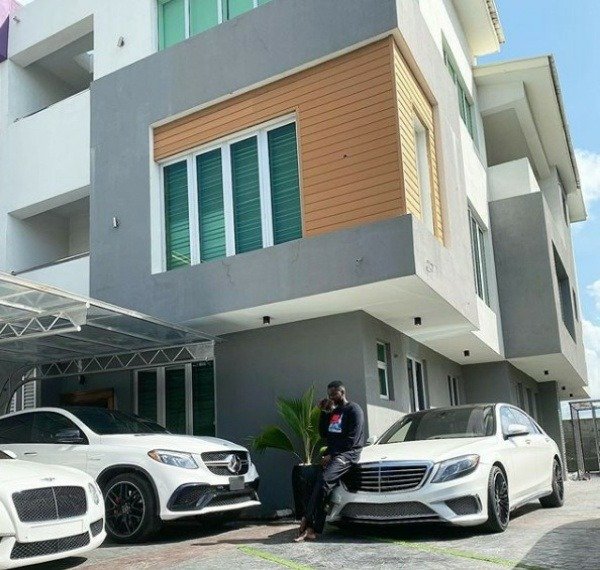 In addition to changing his name from Kiss Daniel to his current stage name, the 26 year old also purchased a new ride and a house, his second in Lagos, just 4 years after joining the music industry.

The multiple award winning singer so far has the two albums to his name. Come June 25 2020, Kizz Daniel will release a new album tagged ‘King Of Love’.

In one of his post on instagram, the ‘Yeba’ singer showed off his house while posing in front of his three white luxury cars.

He captioned the photo with :

“Good morning my Instagram Neighbors 👋 How are you doing ?!”

The Grand Tourer is a “Footballer’s Favourite” and Bentley’s fastselling model.

The highly sporty Mercedes-AMG GLE 63 S Coupe meets the highest of standards in terms of performance and comfort.