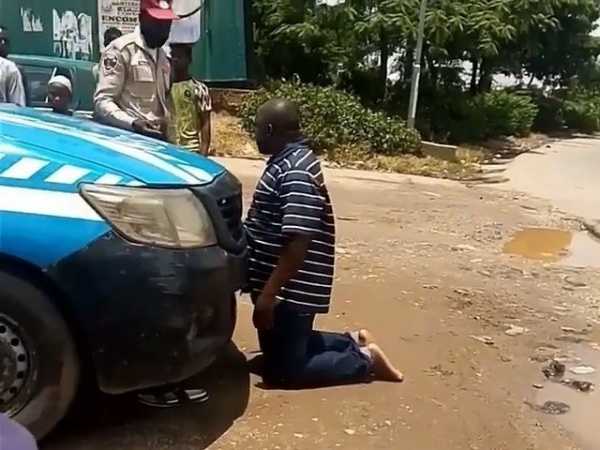 Knock me down, man says as he kneels in front of an FRSC van after his drivers license was reportedly seized for no reason at Zuba, Abuja.

He was heard shouting ‘Knock Me Down’, while pleading to the road safety officers to return his driver’s license. 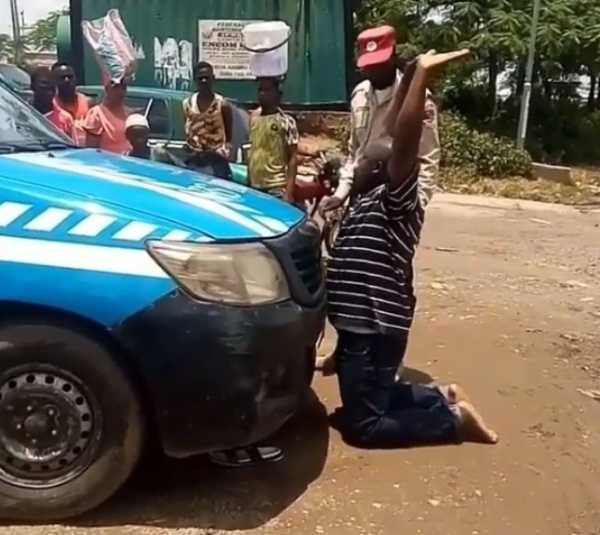 A video, which has gone viral, has captured a man kneeling in front of a Federal Road Safety Corps (FRSC) van after his driver’s license was reportedly seized at Zuba, Abuja.

In the video, the man was heard shouting ‘Knock Me Down’, while pleading to the road safety officers to to return his driver’s license.

He also repeatedly said he is a “family man”, while asking the officials what he has done to warrant the seizure.