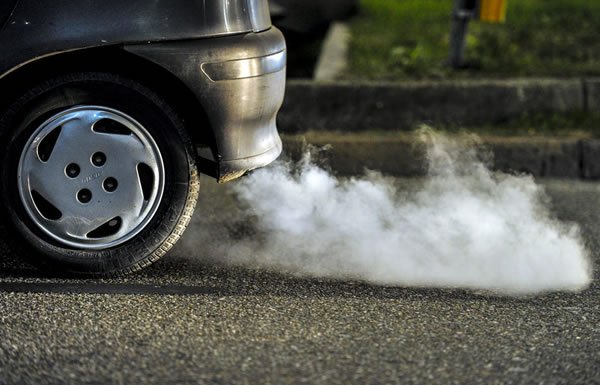 The adverse health effects of car exhaust fumes are pervasive and difficult to measure. Many people are exposed to exhaust emissions every day in different ways from vehicles running on diesel and petrol.

How are people exposed to exhausts fumes?

Breathing in fumes from car exhaust; this could increase the risk of a heart attack for those already battling a heart disease. A heart attack occurs when the flow of oxygenated blood to a section of the heart’s muscles has been blocked. Inhaling fumes in heavy amounts could trigger a heart attack, according to a team of researchers from London School of Hygiene and Tropical Sciences.

Where are people exposed to exhausts fumes?

1. At work : People with the some of the highest exposures at work include truck drivers, heavy machinery operators, railroad and dock workers, garage workers and mechanics.

2. While traveling: Exposure to exhaust fumes may be higher when in a
vehicle, especially when traveling on roads with heavy truck or bus traffic. Commuting to and from work is a potential source of
exposure to fumes for many people. One particular area of concern is children’s exposures to smoke and other pollutants while riding in school buses which usually don’t have air conditioning systems.

How are exhaust fumes emitted?

Exhaust gas is emitted as a result of the combustion of fuels such as natural gas, petrol, diesel fuel, fuel oil or coal. It is discharged into the atmosphere through an exhaust pipe. The largest part of most combustion gas is nitrogen,water vapour and carbon dioxide. A relatively small part of combustion gas is composed of undesirable, toxic substances such as carbon monoxide from incomplete combustion.

Diseases likely to be caused through inhaling car exhaust fume are:

1.Cancer: Vehicles emit numerous carcinogenic chemicals. Diesel contains benzene, formaldehyde, and 1,3- butadiene — all these are well recognized carcinogens. It was observed that vehicle emissions account for as many as half of all cancers attributed to outdoor air pollution.

2. Cardiovascular diseases: Death and hospital admissions for myocardial infarction, congestive cardiac failure and cardiac arrhythmia increase with increase in the concentrations of particulate and gaseous pollutants. As concentrations of airborne particles increase, those with cardiovascular disease may experience increasing severity of symptoms, rates of hospitalization, and mortality.

3. Asthma attack: Exhaust fume is especially dangerous, containing nearly 40 hazardous pollutants. The mixture contains carbon particles. These fine particles may be deeply inhaled into the lung and carry with them a collection of attached hazardous compounds. Emissions increase the severity and duration of asthma attacks.

What can be done to minimize exposure to exhaust fumes?

Since components of vehicle exhaust fumes are carcinogenic, exposures to both diesel and gasoline exhaust emission constitute a large proportion of our exposures and must be minimized.

1. Cars and trucks should not run idle unnecessarily and people should turn off their engines when they are not in their vehicles.

2. Exhaust exposure can also be avoided by decreasing the amount of time spent where machines are running.

3. People should not exercise along busy streets or highways.

4. You can also reduce exhaust exposure by closing your car windows while driving in moderate and heavy traffic.

5. It is very important that you service your car engines properly and in due time.

From The Observer Reports