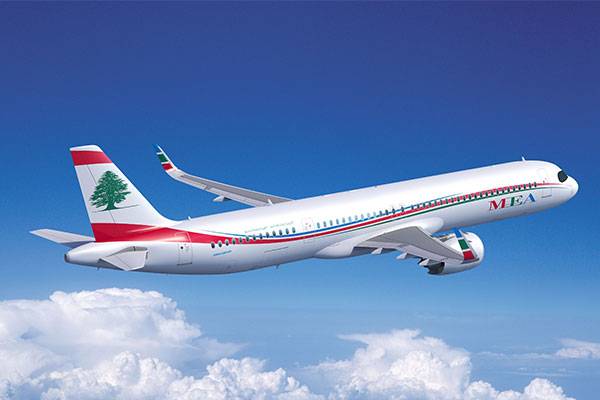 There was palpable joy as the first international, non-essential passenger flight landed at the Murtala Muhammed International Airport.

This came after five months of the closure of the Nigerian airspace due to the lockdown which was necessitated by the global pandemic.

The Middle East Airline (MEA), which took off from Beirut, Lebanon, made history as the first international flight to land in the country after the lockdown. It touched down at the MMIA over the weekend.

Aerodrome and Rescue Fire Fighters welcomed the aircraft with a water cannon salute. The officials of the Department in the Federal Airports Authority of Nigeria (FAAN) received the aircraft

Video of the Water Cannon Salute

Reports also had it that officials of FAAN, Nigeria Immigration Service (NIS), Port Health Services (PHS), Nigeria Customs Service (NCS) and other relevant agencies attended to the passengers brought in by the airline.

On arrival at the terminal, passengers presented their documents, including COVID-19 PCR test. Port Health Services officials received results for screening. Also traveling papers, passports and visas were handled by the immigration officials at the airport.

However, there was no much work to be done by the officials on the ground as the aircraft landed with just 200 passengers as approved by the Presidential Task Force (PTF) on COVID-19.