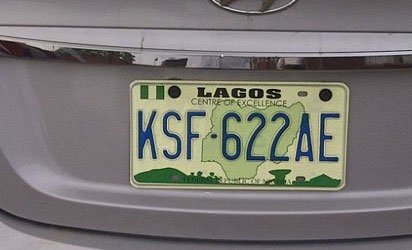 Ever wondered what the codes on license plate number stands for.

The unique plate combination of all non customised plate numbers is in the format ABC-123DE.The first three letters indicate the Local Government Area in which the vehicle was registered, which are followed by three digits and two letters. 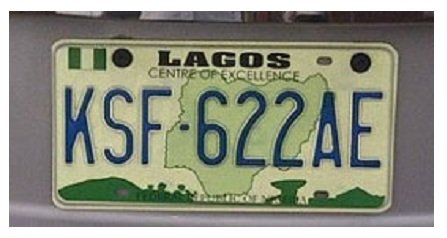 The following first three letters you see on any Lagos plate number indicates the Local Government area in which the vehicle was registered.

The same rules applies to all non customised plate numbers in all 36 states In Nigeria.

In size and shape, Nigerian license plates are based on those of the United States. Nigeria and Liberia are the only two African countries that do not use the European license plate format.

The license plates are generally white and the number itself is imprinted in blue. In the upper left-hand corner they carry the Flag of Nigeria or the national coat of arms.

The state name and slogan is displayed at the top centre of the plate, and the “Federal Republic of Nigeria” is written at the bottom.

You are free to add your state/local government license plate codes if you know one.

Kia SP Concept Unveiled – What Do You Think? (Photos)