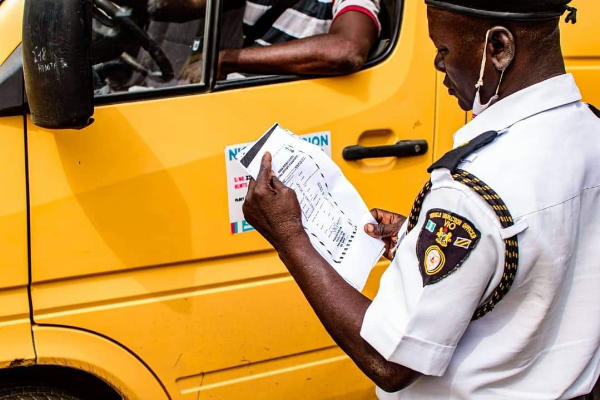 It said the truck driver and one of the attackers have been apprehended and would be prosecuted.

It warned that decisive action will be taken against perpetrators of such heinous acts.

The Lagos State Government has condemned the recent attack on some Vehicle Inspection Service (VIS) officials by a mob along Airport Road in Oshodi, warning that decisive action will be taken against perpetrators of such heinous acts.

A statement signed by the Commissioner for Transportation, Dr. Frederic Oladeinde, revealed that two people involved in an attack on Tuesday, 10th May 2022, have been arrest and would be prosecuted to the full extent of the Law.

According the Commissioner, the VIS officials were trying to apprehend a truck driver, who violated the traffic law of the state, when a mob suddenly appeared and attacked them.

He explained that several dangerous weapons were used on the personnel that could have resulted in the loss of lives but for the timely intervention of the good people of the State and the men of the Lagos State Taskforce.

Oladeinde decried the frequent attacks on the enforcement teams of the State Government by citizens, warning that those caught in the act will continue to face the full wrath of the Law.

Also speaking on the incident, the Director, Lagos State Vehicle Inspection Service, Engr. Akin-George Fashola, urged members of the public to always channel their grievances against government officials to the appropriate authorities for necessary action instead of taking laws into their hands through unwarranted attacks.

“As we say in the Transport Sector, safety implementation without enforcement is mere entertainment.

“The role of the VIS is to ensure sanity on our roads for the safety of lives and property and if in the cause of this onerous assignment, you feel hard done by our officials, the last thing you want to do is to resort to self-help which is against the law. Endeavour to channel your grievances through the appropriate channel”, Fashola advised.