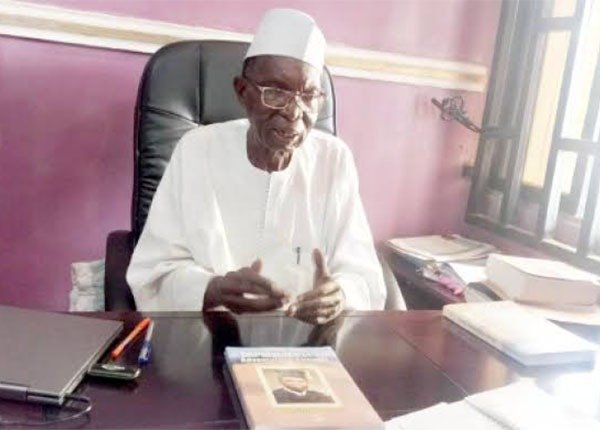 Professor Aminu Mohammed Dorayi is a renowned educationist and adventurer that drove from London to Kano with his car.

The elder statesman is a Record-breaker, who broke a world record by driving his Peugeot 504 over a distance of about 4,000miles, in 24 days.

Prof Dorayi is a distinguished Abusite (Ahmadu Bello University) and respected professor of Chemistry. He doubled as a former president of the ABU Students Union Government (SUG) for 1966/1967. Dorayi set up the Sharada Industrial Estate in Kano. He is also the first to organize trade fair in Nigeria.

He is called The Adventurous Chemist because of his passion for adventure. While in the UK, his journey was inspired by several adventure books he had read. For instance, he read about the Marcopolos, the Mungo Parks, these adventurous stories fascinated him.

Dorayi, therefore proceded to make a record-breaking trip by driving his Peugeot 504 over a distance of about 4,000miles in 24 days.

According to the elder statesman, “England is an Island. So when you reach Southampton you have to take a boat, you and your car, to Calais, France. I drove through Paris and so on through Madrid, Gibraltar. So when you reach Gibraltar, you reach the Mediterranean Sea, where you also take a ferry to Algeria.

”From there you enter the road all through, though there is no road, in the desert, you’re guided by your compass, your map.”

Speaking further on the trip, Prof disclosed that ”I became very keen during my PhD in the US. I had a Volkswagen which I bought for about 600 dollars at that time. I used it to drive across the desert over there.” He added that he is highly adventurous, that is why even his autobiography is titled, The Adventurous Chemist.

Dorayi disclosed that as he bought the Peugeot 504 for 1000 pounds and hit the road immediately.

He said, ”I was assisted by the British Automobile Association (AA). They gave me the guidelines, the map, the route. They told me what to do in crossing the desert, and what not to do. So, I was quite prepared.

Speaking of his preparedness, Doriya said, ”Since I went to secondary technical school, I was technically inclined and I could service my car. I came from a technical background. Going back to Zango in Kano and hanging out with friends, they taught me confidence. So this thing has been in me for years. I enjoyed reading about trans-Sahara.

In his encounter, Doriya noted that ”There was a place I passed in Algeria, and the day I arrived, it was raining heavily. Little children of 13 years and below were running helter-skelter and crying. When I asked the elders why they said those children had never seen rain before. No rain for 14 years, so they thought heaven was falling. They had to be counselled by their elders.”

Moment PDP Protesters Got Involved In An Accident In Abuja (Video)