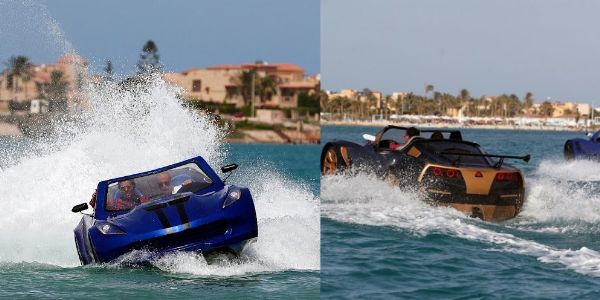 It features a video screen, bluetooth speakers, GPS, a fiberglass body that makes it unflippable in water. It has a top speed of 70 km/h.

The materials used to build the car-jet skis were sourced locally from Egypt except the engine.

An electric engine powered version is also been considered, to make it 100-percent made in Egypt. 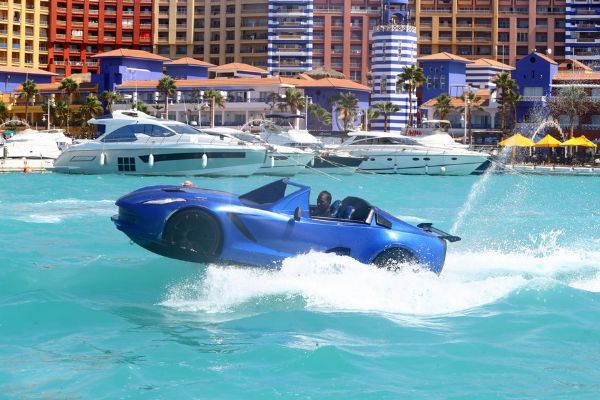 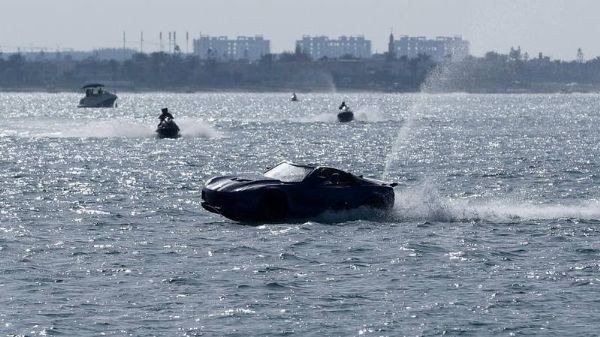 Holiday makers in Egypt’s Mediterranean resort city of New Alamein now enjoy more memorable moments as they can now ride in car-like jet skis that is equipped with a video screen, bluetooth speakers and GPS.

These impressive rides is the brainchild of Karim Amin, who returned to Egypt a year ago with the aim of building the car-like jet skis — the first, which he said took him and his friends three weeks of hard work. 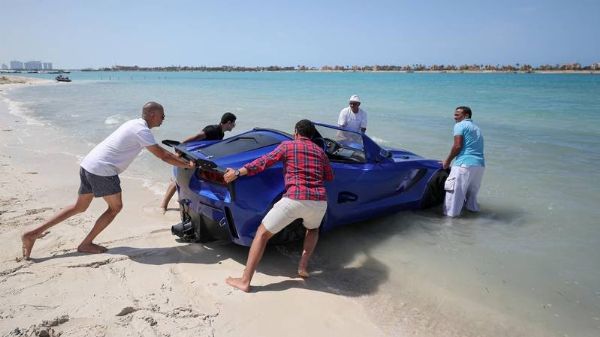 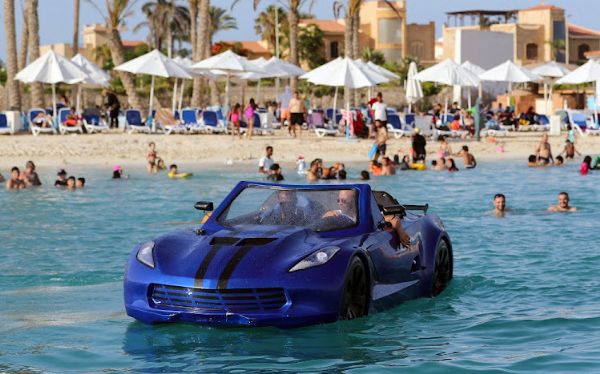 The car features a video screen to watch video, bluetooth speakers, GPS-tracking system and a fiberglass body that makes it unflippable in water, making it safer than most common jet skis and easier to drive. It also boasts a top speed of 70 km per hour. 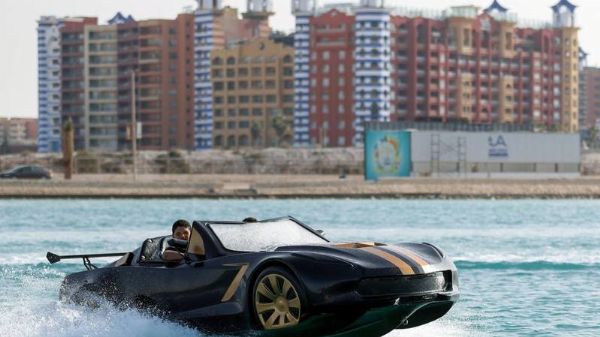 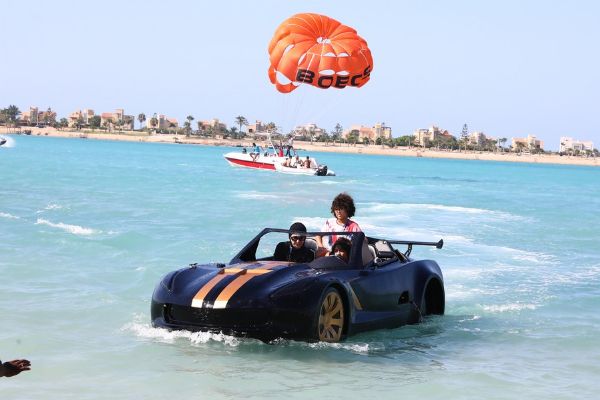 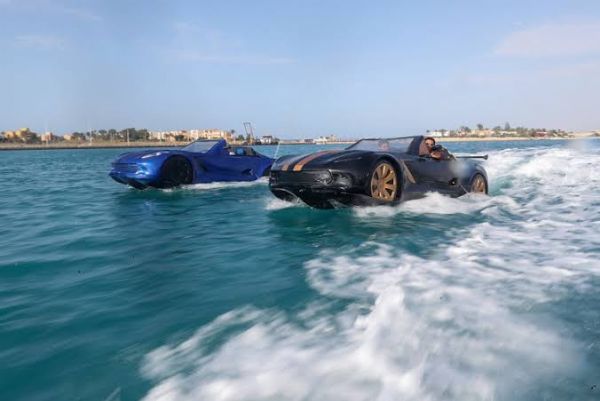 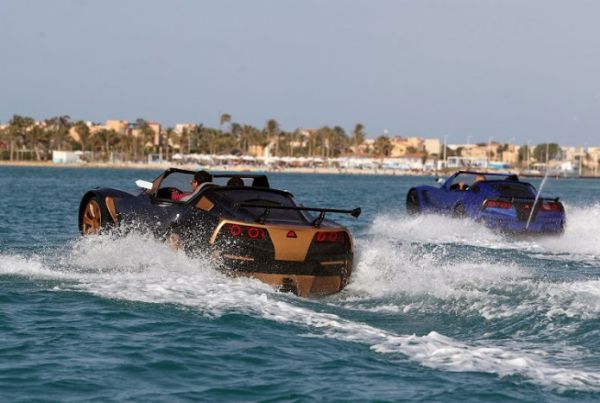 Now, Amin and his three friends have produced 34 car-jet skis whose materials were sourced only from Egypt except the engine. The 29-year-old plans to build more the rides priced between between $19,000 and $45,000 as many orders arrived.

An electric engine powered version is also been considered, according to Amin, to make the amphibious sports cars 100-percent made in Egypt. He is also considering marketing it outside Egypt. 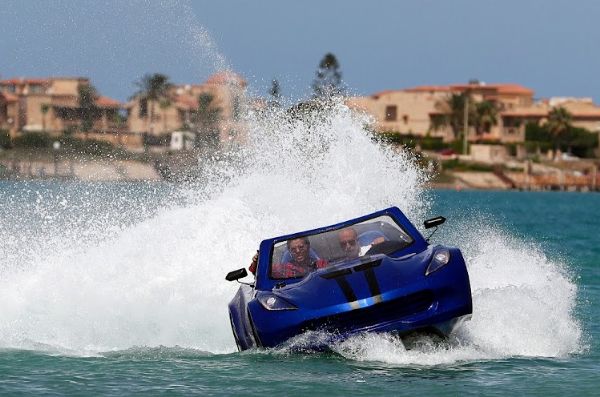 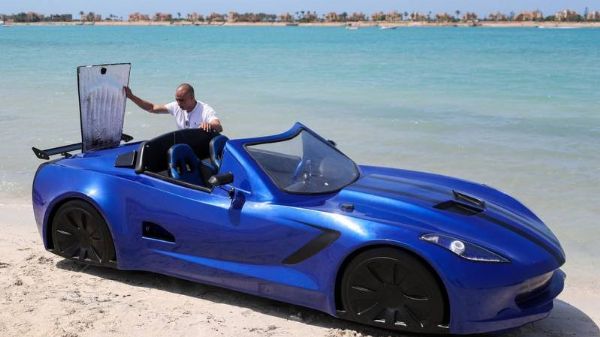 “I have received orders from Egyptian customers. We are considering marketing our products outside Egypt”

“We have so far built several models, such as the two-seat model and the five-seat one. The prices of the jet car range between 19,000 U.S. dollars and 45,000 dollars”