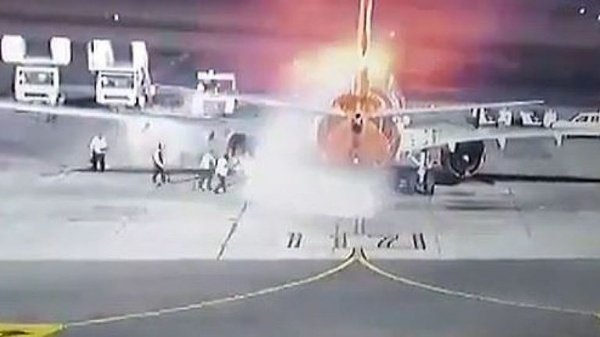 A Boeing 737-800 aircraft burst into flames shortly after landing at Sharm El Sheikh Airport in Egypt last week. All 196 people on board were safely evacuated without injuries.

This is the moment a Boeing 737-800 aircraft, operated by a Ukrainian airline, burst into flames shortly after landing at Sharm El Sheikh Airport in Egypt last week.

The aircraft, operated by SkyUp, was carrying 189 passengers and seven crew members from Zaporizhzhia, in southeastern Ukraine.

A recently released footage of the November 9 incident captures the moment the aircraft was taxiing before the fire erupted in the left landing gear.

A passenger jet carrying 196 people burst into flames just after landing at an airport in Egypt. 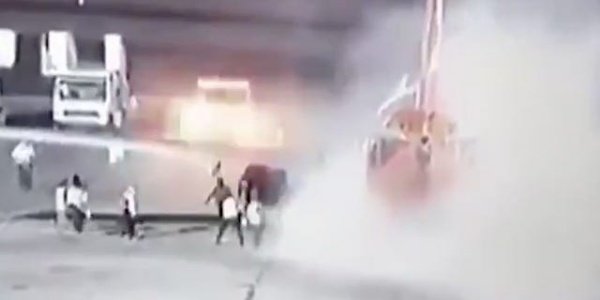 The airport firefighters arrived at the scene about 10 seconds after the fire erupted. The flames was extinguished within seconds, but the plane was left engulfed in smoke.

According to reports, the fire happened after hydraulic fluid – which is flammable – leaked onto the aircraft’s hot brakes.

All 189 passengers and seven crew members on board were safely evacuated without injuries.

Egypt’s civil aviation ministry praised the airport workers for responding “professionally” to the fire, saying that it “could have turned into a disaster,”

In a related news, a Nigerian Air Force training helicopter on Thursday crashed in the NAF Base in Enugu State after returning from a routine training exercise.

According to NAF twitter account on Friday, the cause of the incident was still sketchy and unknown.

Weststar Takes Delivery Of More Units Of The Mercedes-Benz Sprinter