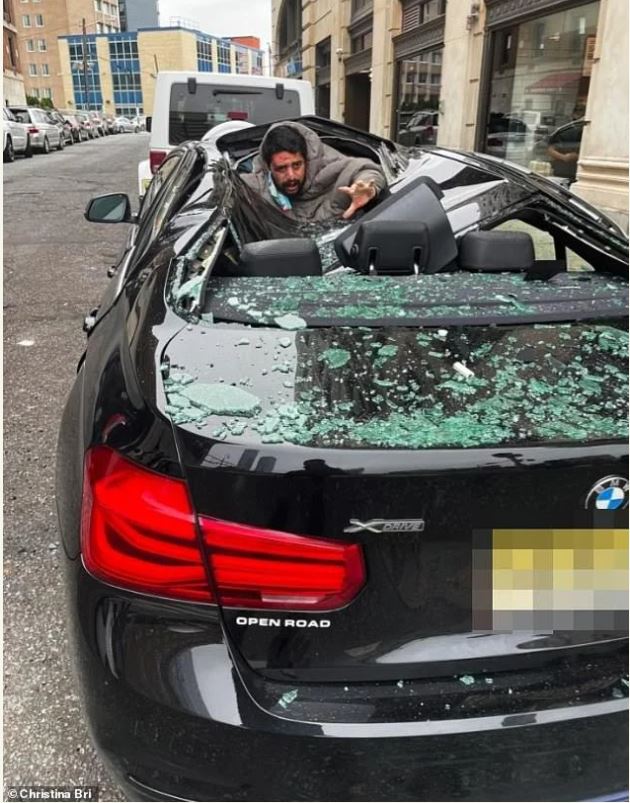 A 31-year-old man, who has not been named, jumped 100ft from the ninth floor of a high-rise building in New Jersey, United States.

He somehow survived the fall after landing on a BMW on Wednesday morning at around 10.20am.

The man slammed through the roof of the black BMW. This left him  in a bloodied state as he crawled from the wreckage in Jersey City.

As he stood up, with shards of glass and the broken car roof surrounding him, the man saw that his right arm was broken and asked witnesses: ‘What happened?’

The man was seen struggling to stand up from the car, after falling through the roof and appearing to land by the front seats. He was seen wearing a bloodied facemask, which was still hanging from his left ear, with blood on his forehead.

Graphic video footage then shows the man rolling around in pain on the pavement before he was rushed to hospital in an ambulance in a critical condition, said Jersey City spokeswoman Kimberly Wallace-Scalcione said.

‘I was thinking, thank God, it probably helped that he had a fluffy jacket on,’ Smith, who works in sales, said while adding that she believed the coat may have saved him from more serious injuries.

Witnesses and workers at the building told the Post the man did not work inside the building and it is unclear why he was there.

He also refused to give police officers his name, a source said. 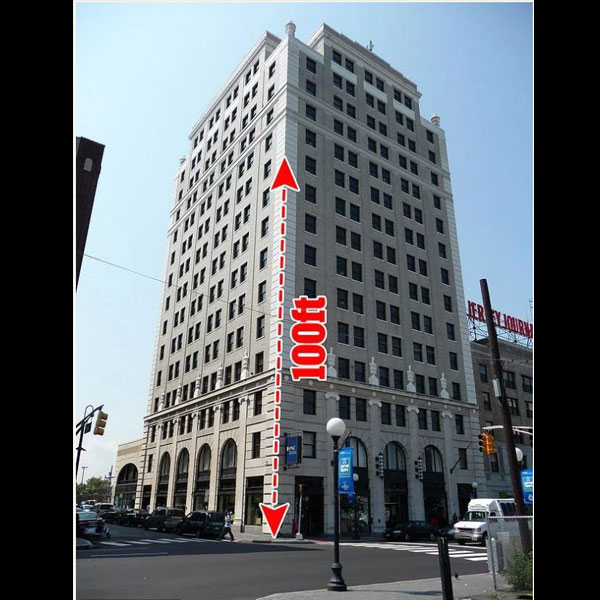 ‘He fell into the car through the sunroof, then climbed out of the car and fell on the ground,’ said Mark Bordeaux, 50, who works in the building and saw the aftermath.

‘So he stayed there until the police and ambulances came. He kept saying, “Leave me alone, I want to die.” You saw one of his arms was clearly broken, but he was conscious, he was moving,’ he said.

‘He wanted to die. That was his agenda. But God had something else in mind.’ 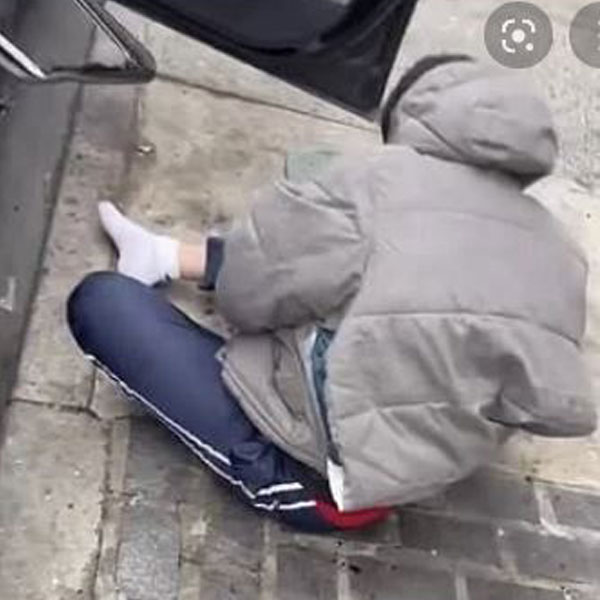 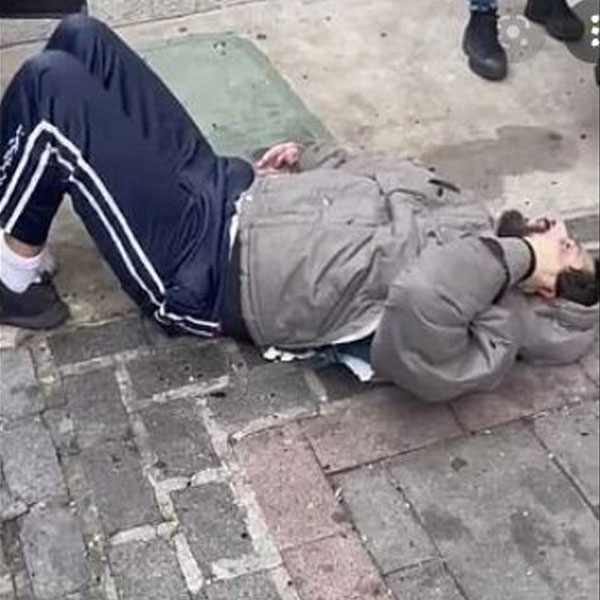