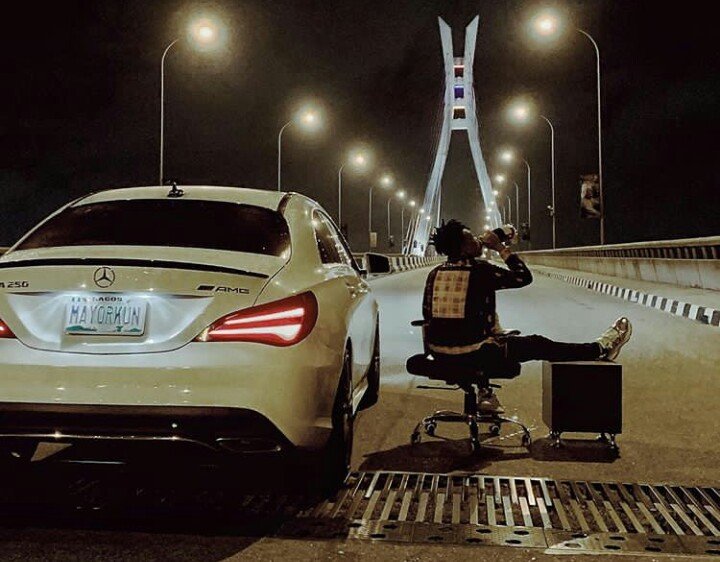 He was discovered on Twitter by Davido when he posted a cover of one of Davido’s “The Money” featuring Olamide. He was later signed to Davido’s DMW in 2016 and released his first single called “Eleko.

He has a Porsche Panamera and a Mercedes Benz CLA250 AMG in his garage. These are just the cars we are sure of. It’s possible he has a Rolls Royce on low.  Recently, he posted on his Instagram a picture of his Benz Sitting pretty on the Lekki-Ikoyi link Bridge. That’s not all; he was seen in the picture with a chair and stool enjoying a bottle of wine.

In the picture, it’s very obvious he took the picture at night because it can be a hard task to take such pictures during the day.

He captioned it: The Mayor Of Lagos 🏆