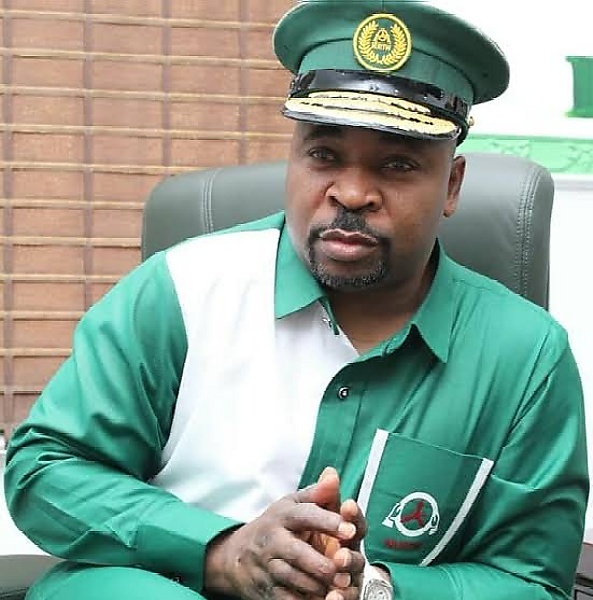 It urged residents of the state to ignore any report of such, stressing that the claim was nothing but fake news.

The Lagos State government has refuted the claims that it has appointed Mr. Musiliu Akinsanya, aka MC Oluomo, as the General Manager of the state’s Transportation Parks and Garages Management Committee.

Mr. Jubril Gawat, who is the Senior Special Assistant (SSA) to Governor Babajide Sanwo-Olu on New Media, said the governor never made such an appointment.

He urged residents of the state to ignore any report of such, stressing that the claim was nothing but fake news.

“Kindly disregard post(s) claiming that Governor Sanwo-Olu has appointed (the) suspended Chairman of NURTW, MC Oluomo as GM, Lagos Transport Parks and Garages Committee,” the governor’s aide said in a tweet on Friday.

“There’s no such appointment. Media houses posting it are quoting his son as the source of the news.”

The leadership of the National Union of Road Transport Workers Union (NURTW) had suspended the union’s chairman in Lagos, MC Oluomo, indefinitely.

MC Oluomo’s suspension by the national body of the union was announced in a letter dated March 9, 2022, and signed by NURTW General Secretary, Kabiru Yau.

He was accused of acts of insubordination and gross misconduct, as well as plotting to instigate crisis and unleash mayhem on branches of the union in Lagos that refuse to obey his alleged directive not to take orders from NURTW national headquarters.

In a bid to ensure the safety of residents, the Lagos State government suspended the activities of NURTW in all parks and garages across the state.

Hours after the suspension of the union’s activities in Lagos, a senior official of the national body of NURTW, who preferred not to be mentioned, told Channels Television that maturity was the order of the day in the crisis that has lasted a few months within the union.

For every organization, he explained, there are rules and regulations, and it is inappropriate for any member to feel he is bigger than the union.

Reacting to the withdrawal of MC Oluomo and his associates from the union, he confirmed that steps were been taken to bring the situation under control.

“While looking for possible solutions, the body advises members, not to revolt but remain calm. The National President, Tajudeen Baruwa, is a peace-loving man and negotiations are ongoing with aggrieved members and the Lagos State government,” the official said.