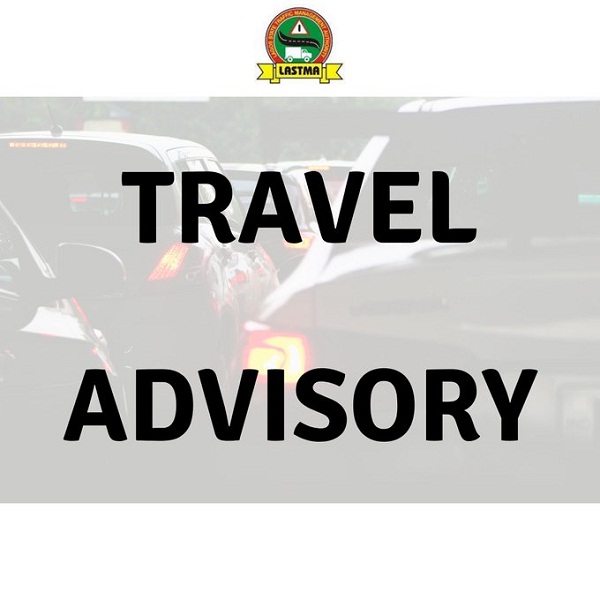 In a bid to ease congestion and reduce delays along Lekki-Epe expressway, Lagos State Government has provided some traffic advisory for road users. This was made known to the public through a series of tweets by LASTMA.

In order to ease congestion and reduce delay along Lekki-Epe Expressway, the Lagos State Government, as part of the solutions, has, commencing from 8.00am, Saturday, 20th August, 2022, provided some measures as follows:

1) The intersection in front of VGC will be permanently closed, hence motorists driving from Ikota Shopping Mall/VGC inwards Ajah will only be able to make a U-turn just before 2nd Toll Plaza (Conservation Toll Gate).

2) The newly constructed U-Turn in front of Landmark Centre will be opened to vehicular traffic, hence motorists coming from Mega Chicken / Eleganza will now be able to make a U-turn only at the Landmark Centre.

Residents, stakeholders and travellers along that axis are enjoined to adhere to these new regulations/guidelines so as to restore order/sanity, and improve the travel time.

Note that security and law enforcement personnel will be deployed to secure lives and property, manage and control traffic for all road users so as ensure compliance with the new traffic order. 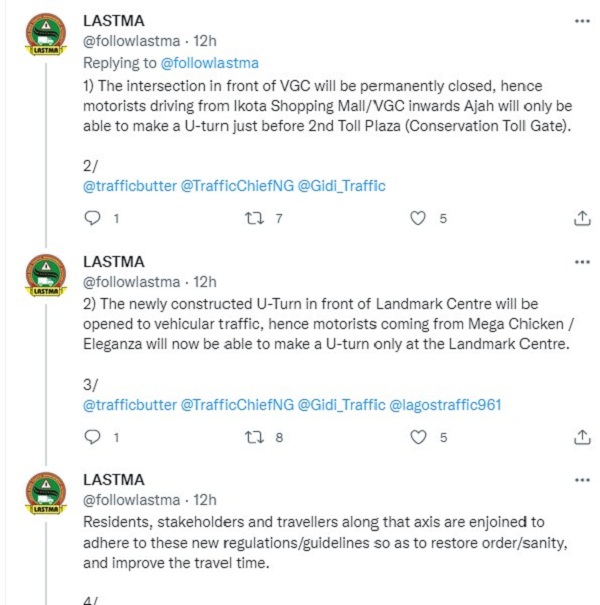