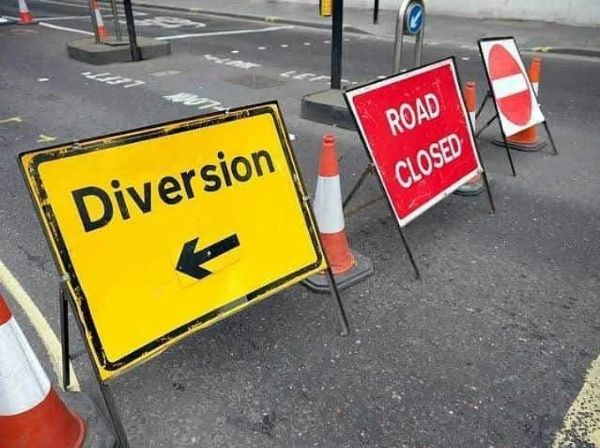 During this 3-month period, LASG says signs will be placed strategically on the access roads.

Officers of Lagos State Traffic Management Authority (LASTMA) will be on hand to manage traffic flow.

The Lagos State Government has announced the diversion of traffic from the Yaba axis for 3 months due to the ongoing construction of the Red Line Rail Mass Transit (RLMT) project.

According to LASG, the diversion will take place from midnight of Friday, 1st October, 2021 till 1st of January, 2022. During this period, signs will be placed strategically on the access roads, while the officers of LASTMA will be on hand to manage traffic flow.

A statement released by the Ministry of Transportation, the Commissioner, Dr. Frederic Oladeinde, said that the three months duration was to ensure that the construction work is completed in record time as promised by Governor Babajide Sanwo-Olu’s administration.

He explained further that traffic movement on Muritala Mohammed Way and Yaba axis will be diverted to Empire Road so that road users can access Western Avenue; similarly, motorists on Herbert Macaulay Way can also use Empire Road to connect Western Avenue to reach their desired destinations.

The Commissioner assured that the site will be cordoned off for safety of the citizenry, adding that emergency vehicles will be available to tow broken-down vehicles along the axis.

He also stated that signs will be placed strategically on the access roads, while the officers of the Lagos State Traffic Management Authority (LASTMA) will manage traffic flow and minimise inconvenience to road users plying the axis.