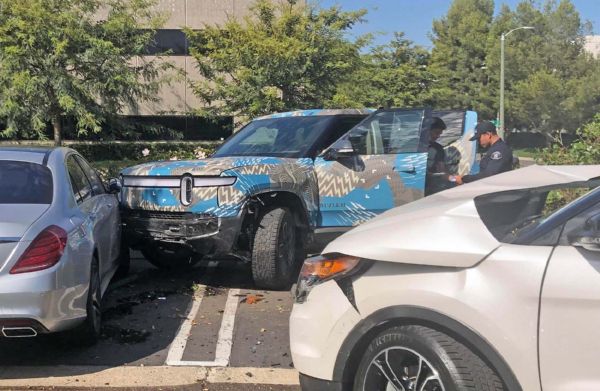 It comes a week after the first production electric pickup truck drove off the assembly line at its Illinois factory. 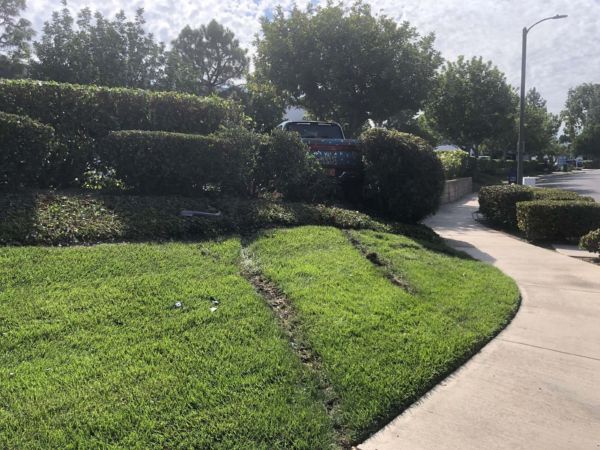 The first crash of a Rivian R1T on a public road has occurred nearly a week after the first production electric pickup truck drove off the assembly line at its Illinois factory to much fanfare.

In a statement to The Drive, Rivian claimed the crash involving a prototype R1T, was the result of driver error. The automaker noted that the driver, a company employee, was unharmed during the incident, adding that all safety systems “worked as intended.”

According to reports, the crash took place near Rivian’s offices in a business park outside Irvine, California. The driver reportedly failed to navigate a 90-degree turn at the end of a street, causing the EV to crash into an adjacent parking lot. 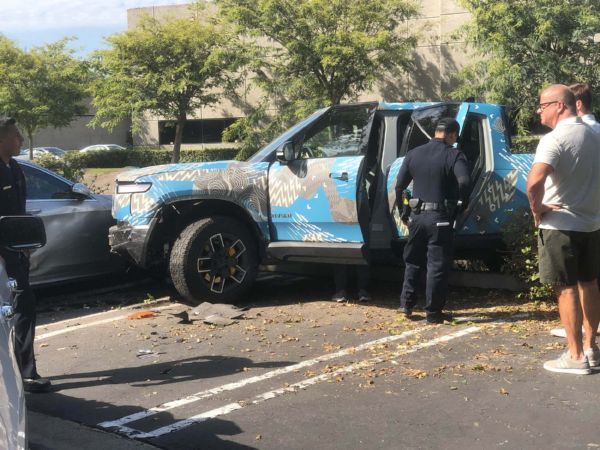 During the incident, the R1T crashed into a Ford Explorer, pushing the SUV out of its parking space, as well as making a contact with a Mercedes-Benz S-Class Sedan.

The front part of Ford Explorer, including the bonnet area was crumpled during the impact while the R1T also received some damages at the front end. 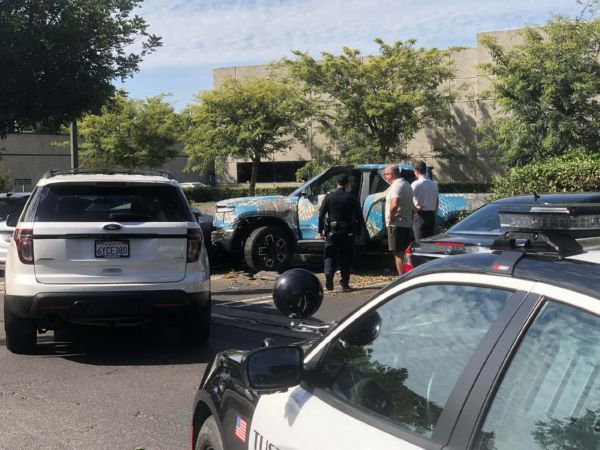 Rivian claimed that all safety systems, which includes airbags as well as driving assistance like forward collision warning, automatic emergency braking, and lane keep warning/assistance, “worked as intended”. But all these features wouldn’t have prevented the inattentive driver from taking the R1T electric pickup truck off the road and into the two vehicles parked at the lot.