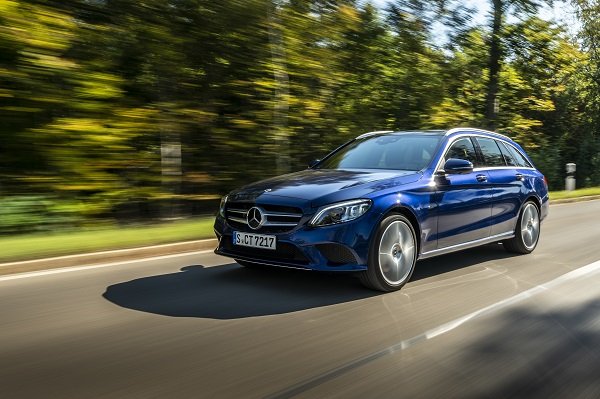 After the first six months of the year, Mercedes-Benz continues to be the leader among the premium car brands in a highly competitive environment worldwide, despite ongoing model changes. From January to June, 1,134,729 cars were handed over to customers by Mercedes-Benz (-4.6%). Unit sales decreased in the first half of the year primarily due to ongoing model changes for SUVs, the brand’s segment with the largest volume.

In the second quarter, Mercedes-Benz sold a total of 573,856 cars (-3.5%). Sales momentum in those three months came primarily from the new compact-car models, including the new A-Class Saloon worldwide, and the new B-Class and new CLA Coupé in Europe. In June, the Stuttgart-based company with the three-pointed star sold 196,230 vehicles (-3.7%). Mercedes-Benz maintained its market leadership in the premium segment in the first half of the year in markets including Germany, the United Kingdom, France, Switzerland, Portugal, Sweden, Denmark, Finland, Czech Republic, Luxembourg, Greece, South Korea, Japan, Australia and Canada.

“After a challenging first half of the year, Mercedes-Benz continues to be at the top of the premium segment. We are particularly pleased with the great popularity of the new compact models. In the third quarter, we anticipate sales momentum from the new SUVs with the star,” stated Britta Seeger, Member of the Board of Management of Daimler AG responsible for Mercedes-Benz Cars Marketing and Sales.

“In July, two real customer favourites will be in our showrooms: the new GLC and the GLC Coupé. The GLC, which has been the highest-volume model in our SUV portfolio for several years, comes with the latest intelligent driver assistance systems just like the GLC Coupé and is equipped with MBUX as standard.”

In the first half of this year, 457,595 vehicles with the three-pointed star were sold in the Europe region (-4.0%). In Germany, the domestic market, 147,351 units were sold in the first six months (-2.7%) and 24,033 cars with the star were handed over to customers in June
(-6.2%). Unit sales increased last month in the United Kingdom, France, Spain, Russia, Portugal, the Netherlands and Denmark. Furthermore, Mercedes-Benz set new records for unit sales in the first half of a year in France, Spain, Poland and Denmark.

In the Asia-Pacific region, Mercedes-Benz sold 478,254 cars in the first half of the year
(-3.1%). The Stuttgart-based company with the star increased its sales by 1.3% to a total of 344,657 units in China, the region’s core market, in the first six months. Deliveries in June were slightly higher than in the prior-year month, with a total of 57,018 vehicles handed over to customers in China (+0.1%). Unit sales in South Korea increased by 2.1% last month, and a new record for cars sold in the first half of a year was achieved in Vietnam. 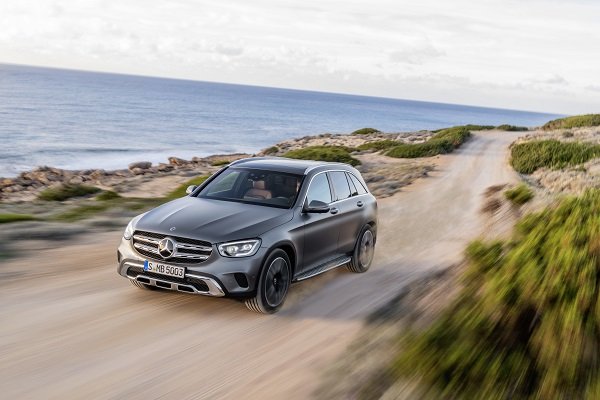 Unit sales of the compact cars from Mercedes-Benz increased in the first half of the year, with a total of 313,000 A- and B-Class, CLA, CLA Shooting Brake and GLA models sold (+4.2%). More than 57,000 compact cars sold in June represents growth of 13.7% compared with the same month of last year. Demand for the new A-Class was strong worldwide last month (+47.0%), while the new CLA Coupé also posted strong double-digit growth in Europe in the second month after its market launch there (+66.6%).

Sales of SUVs in the first six months of this year were below the high prior-year level due to model changes, with approximately 367,000 units of the GLA, GLC, GLC Coupé, GLE, GLE Coupé, GLS and G-Class sold (-13.3%). Despite ongoing model changes, one third of all Mercedes-Benz cars sold worldwide in the first half of the year were SUVs. The G-Class set a new sales record in the first six months of its 40th anniversary year; deliveries actually more than doubled in June. 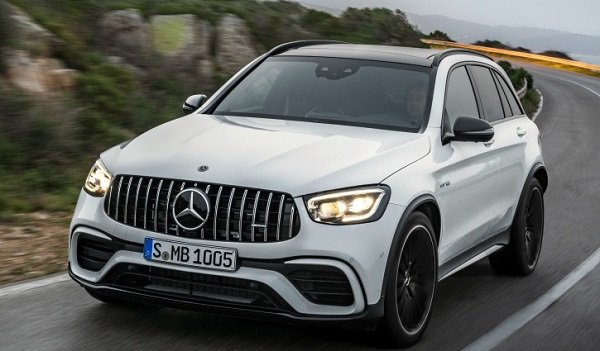 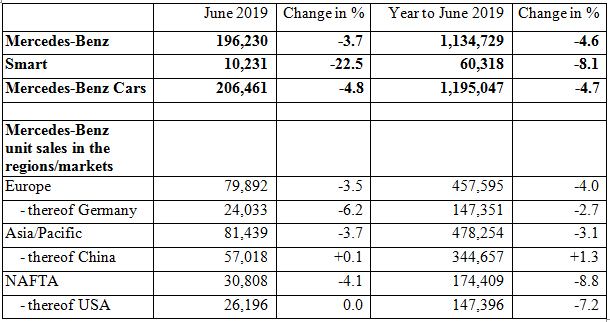