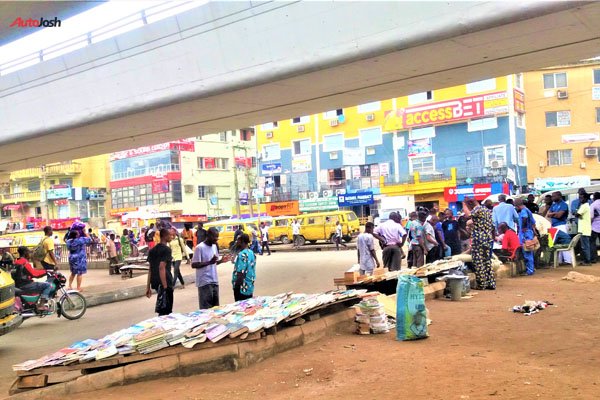 Lagos State Government has issued a seven-day ultimatum to owners of illegal trading kiosks and shanties along Lagos-Badagry and Oshodi-Abule Egba corridors to vacate the routes for a clean-up exercise aimed at reclaiming rights of way for free passage of vehicles and salvaging the aesthetics of the environment.

Beginning from next Tuesday, the two major routes will be cleared of street trading and linear settlements obstructing free flow of traffic along the corridors. The exercise is being carried out by inter-ministerial ad-hoc committee set up by the Governor in conjunction with Lagos State Taskforce on Environment and Special Offences.

The clean-up intervention is part of implementation of the Executive Order declaring zero tolerance for traffic management, public work and indiscriminate dumping of refuse, which was signed by Governor Babajide Sanwo-Olu on May 30, 2019.

At a joint press briefing held on Wednesday, the ad-hoc committee said the exercise would be carried out for three weeks, warning those engaging in illegal trading and obstruction of traffic along the routes to relocate for the clean-up.

Permanent Secretary of Ministry of Transport, Dr. Taiwo Salaam, said no effort would be spared to rid the marked routes of illegal activities obstructing the traffic, stressing that the implementation of the governor’s order would lead to free vehicular movement and regenerated environment condition along the axes.

He said: “This press briefing is to announce a major intervention to be embarked upon on two major axial ways by this ad-hoc Inter-Ministerial Committee. The first is on the Lagos-Badagry Expressway, which incidentally is an international road linking other West African nations. The second intervention will be carried out on Oshodi-Abule Egba route servicing many of our densely populated communities Lagos.

“Pursuant to the Executive Order, the public is hereby intimated of the plans of the State Government to clean up roads along the routes and recover the Rights of Way. Of equal importance is the environmental regeneration of the entire stretch of the road, which has been taken over by shanties, refuse and vegetal nuisances.”

The ad-hoc committee observed that the clampdown was necessary, given the regular chaotic situation and lawlessness on the marked routes, which resulted from activities of those who converted BRT corridors to trading centres and indiscriminate dumping of refuse on the highway by traders.

The committee said the exercise would be targeted at road transport workers’ activities leading to traffic jam along the route, and also on the nefarious activities of criminal gangs, especially at Eric Moore area.

Salaam said: “The clean-up of these corridors is expected to commence next week (Tuesday). Traders are implored to relocate from these routes and remove the illegal structures erected on the paths, while road transport union operators are advised to find alternative operational bases.”

“We are appealing to all stakeholders to cooperate with the various teams in the ad-hoc committee that will carry out the exercise, which is in the overall interest of all Lagosians. Market men and women, members of road transport unions and other road users are enjoined to desist from needless abuse of the road, right of way as well as road set-backs.”

He also said LAWMA officials would be deployed along the routes during the clean-up activity to clear waste materials dumped illegally on the roads by traders.

He said: “Implementation of the Governor’s Executive Order is also to fast-track activities of LAWMA in clearing our highways of illegally dumped refuse. There have been improvements in waste management in the state in the last seven months. We will be working with the ad-hoc committee to clean up the marked corridors.”

On his part, Chairman of Lagos Taskforce, Yinka Egbeyemi, a Chief Superintendent of Police (CSP), said he had deployed officers on advocacy and sensitisation campaign to meet with affected traders and groups ahead of the exercise next week.

“After this advocacy, we will move in in full force next week to carry out the Executive Order,” Egbeyemi said.

The ad-hoc Inter-Ministerial Committee comprises Ministries of Transportation, Environment, and Works and Infrastructure. There are also agencies, including LAWMA, Lagos Taskforce on Environment and Miscellaneous Offences, Lagos State Parks and Garden Agency (LASPARK), and Lagos State Environmental Sanitation Corps (LAGESC), working with the ministries to implement the Executive Order.