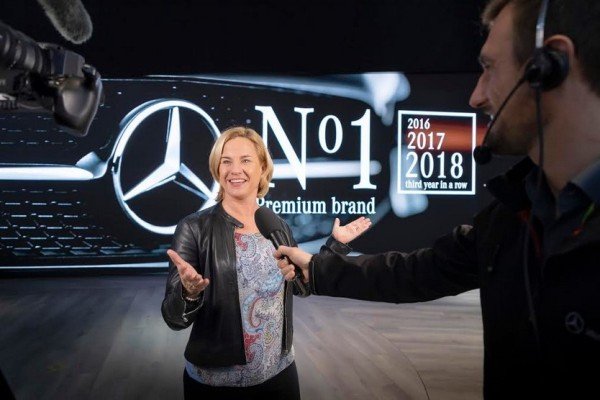 • Last year, Mercedes-Benz sold more than 2.3 million cars worldwide (+0.9%), making 2018 the most successful year in terms of sales in the company’s history.

• The passenger car division of Daimler AG sold a total of more than 2.4 million Mercedes-Benz and smart vehicles last year (+0.6%).

• Mercedes-Benz is the best-selling premium brand in the automotive industry for the third time in succession.

• Despite challenges for the entire industry, 2018 was the eighth consecutive record year for Mercedes-Benz.

• Mercedes-Benz completed its strongest-selling year along with the best quarter in the company’s history and a new sales record for December.

• The best full-year unit sales of all time were achieved in the Asia-Pacific region.

• With an increase of more than 11%, China was once again the market with the strongest growth in absolute terms and the biggest individual market for Mercedes-Benz.

Mercedes-Benz continues to be the leading premium automobile brand in terms of unit sales. In a challenging year, the company with the three-pointed star increased its global car sales to 2,310,185 units in 2018, its eighth consecutive record year (+0.9%), making Mercedes-Benz the best-selling premium brand in the automotive industry for the third time in succession. The new sales record in the car division of Daimler AG was driven in particular by the success of Mercedes-Benz in the Asia-Pacific region and its core Chinese market there. Worldwide, models including the SUVs and the E-Class Saloon and Estate were able to generate significant sales impetus in 2018.

Dr Dieter Zetsche, Chairman of the Board of Management of Daimler AG and Head of Mercedes-Benz Cars: “In 2018, Mercedes-Benz was at the top of the premium segment in the automotive industry for the third year in a row. In a highly competitive environment, we also remained at the top from month to month, thanks in particular to double-digit growth in China and many new models that have delighted both existing and new customers worldwide. We will continue rejuvenating our portfolio systematically in 2019. We see the major successes in our core business primarily as paving the way for shaping the individual mobility of tomorrow.”

“With more than 2.4 million vehicles delivered by Mercedes-Benz Cars in 2018, we once again surpassed our own sales record – for the eighth time in succession. In addition, despite a challenging year, we maintained our position at the top of the premium segment. The excitement for our models and the loyalty of our customers spurs us on to continue giving the best in the new year,” said Britta Seeger, Member of the Board of Management of Daimler AG responsible for Mercedes-Benz Cars Marketing and Sales. “In recent months, the strong growth of the new A-Class has shown the impetus high-calibre innovations such as MBUX can have in the market. In 2019, more than 10 Mercedes-Benz models will inspire our customers with the intuitive operating concept of MBUX and its artificial intelligence – not only in the compact car segment, but also in SUV segment.” 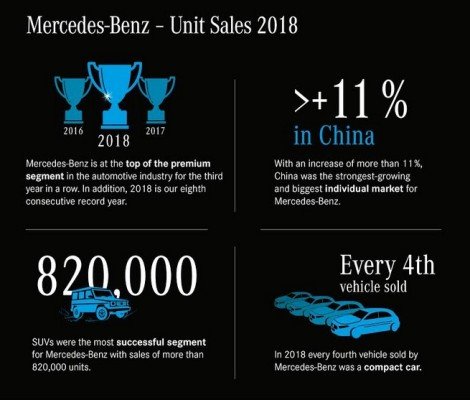 Asia-Pacific was most important growth driver also in 2018

The number of 943,473 Mercedes-Benz passenger cars delivered to customers in the Asia-Pacific sales region was higher than ever before in one year (+7.8%). China was once again the company’s biggest sales market – not only in the Asia-Pacific region, but worldwide. Last year, 652,996 cars with the three-pointed star were handed over to customers. The strategy of “Made in China, for China” therefore helped Mercedes-Benz to achieve another sales record in 2018 with an increase of 11.1%. And together with the models sold of the smart brand, the car division of Daimler AG was the first premium manufacturer to pass the milestone of 600,000 cars delivered in China in one year – a milestone reached in November. Growth in unit sales to a new record was achieved also in South Korea (+4.9%), the second-largest market in the Asia-Pacific region. And Mercedes-Benz delivered more passenger cars than ever before in one year also in Japan, India, Thailand, Malaysia and Vietnam. 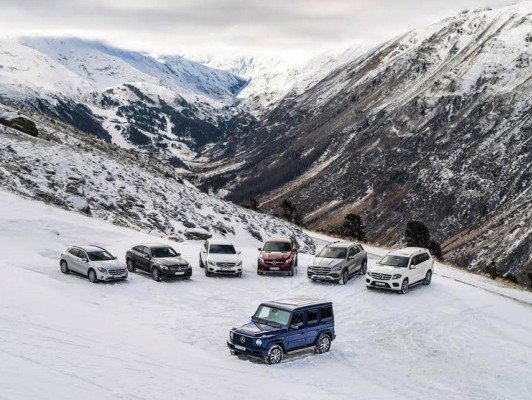 In the Europe region, a total of 933,697 passenger cars were delivered to customers in 2018 (-2.3%). SUVs, the S-Class Saloon and the new A-Class recorded the highest growth. In Germany, 303,862 cars with the three-pointed star were sold in the past twelve months (+0.1%), thus secured market leadership for Mercedes-Benz in the premium segment of its domestic market once again in 2018. The double-digit growth of the new A-Class contributed to this in recent months. Mercedes-Benz set new sales records in many European markets, including Spain, Switzerland, Sweden, Poland, Denmark and Hungary.

In the NAFTA region, 378,013 Mercedes-Benz passenger cars were handed over to customers from January to December (-5.6%). Mercedes-Benz thus continued to be the best-selling premium brand in the NAFTA region in 2018. In Mexico, more vehicles were delivered than ever before last year (+8.4%). In the United States, 315,959 vehicles with the star were sold in 2018 (-6.3%). Mercedes-Benz was able to maintain its market leadership in the premium segment in the United States for the third year in a row and increased its sales to a new record level in the important SUV segment there. Mercedes-Benz was also the best-selling premium brand in Canada, where it maintained its market leadership for the fifth year in a row.

With 820,721 units sold and a growth rate of 1.9%, Mercedes-Benz SUVs made a significant contribution to the sales success of last year. In all three core regions Asia-Pacific, Europe and NAFTA region, more SUVs with the star were sold than ever before. This segment now accounts for more than a third of all Mercedes-Benz sales. The main markets in 2018 were China, the United States and Germany. The best-selling SUVs last year were the GLC and the GLA. The success story of off-road vehicles with the star is set to be continued in 2019 by the GLE, the EQC, as well as the model upgrade of the GLC and GLC Coupé among others. 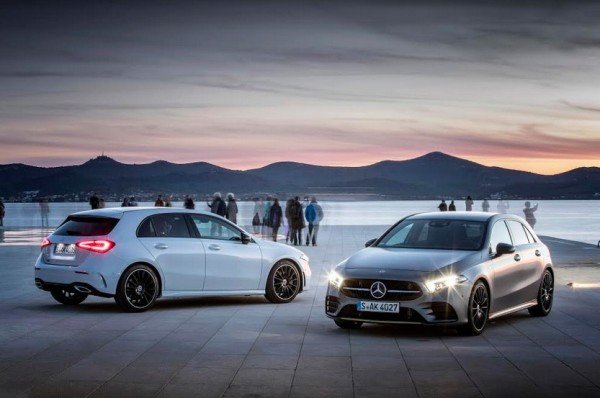 Every fourth car sold by Mercedes-Benz was a compact car

In the year of the A-Class model change, more than 609,000 customers worldwide received their new A-Class, B-Class, CLA, CLA Shooting Brake or GLA. This means that every fourth vehicle sold by Mercedes-Benz in 2018 was a compact car. The two largest markets for compact cars last year were China and Germany. The new A-Class recorded global growth of 3.4% in 2018 and achieved a strong sales growth of 21.8% in Germany, its domestic market. Mercedes-Benz will continue to build on this success in 2019 with further models of the next generation of compact cars – including the A-Class Saloon, the B-Class and the CLA.

The C-Class Saloon and Estate were again the highest-volume Mercedes-Benz models in the year of the model upgrade. About 397,000 units of these two models were sold last year. The long-wheelbase version of the C-Class Saloon, which is built and sold exclusively in China, set a new record with a double-digit growth. Developing a vehicle in China for China pays off and shows how important it is to respond to local customers’ needs: China was both the largest and fastest-growing market for the C-Class in 2018. Overall, every second C-Class Saloon was sold in the Asia-Pacific region last year, setting a new record (+11.4%).

From January to December, more than 355,000 units of the E-Class Saloon and Estate were delivered to customers. In the second full year of sales of the new generation, an increase of 1.3% was achieved. Although Mercedes-Benz is constantly expanding its portfolio, no year before has seen as many E-Class models sold as in the past twelve months. An important driver of this growth is the continuing popularity of the long-wheelbase version in China (+32.7%).

Once again last year, many customers fulfilled their dream of a new coupé, cabriolet or roadster from Mercedes-Benz, so that sales remained at the previous year’s level: Almost 166,000 new dream cars with the three-pointed star were delivered worldwide last year. The CLS Coupé contributed to the success of the Mercedes-Benz dream car family (+69.7%). Many customers have chosen the new C-Class Cabriolet and the C-Class Coupé, which have been available from dealerships since the second half of 2018.

Ongoing growth in sales of V-Class and X-Class

In 2018, the V-Class set a new sales record for a full year with sales of 62,699 units. From January to December, unit sales increased by 6.8%. Demand for the multipurpose vehicle was particularly strong in Germany. The strongest absolute growth was recorded in China. The X-Class has been available in Europe since late 2017 and was successfully launched in additional core markets such as South Africa and Australia in 2018. The 6-cylinder engine, which can be ordered for the X-Class since July 2018, has delivered further sales impetus. In total, more than 14,000 units of the pickup with the star were sold in 2018.

AMG, the performance and sports car brand from Mercedes-Benz, achieved six-digit unit sales last year, as well as in 2017. Despite delays in certification in some international markets, 118,204 vehicles worldwide were handed over to customers last year (-10.4%). In China and Japan, two of AMG’s main sales markets, the Affalterbach-based company achieved double-digit growth rates in 2018, setting new records in both markets. The past year at Mercedes-AMG was characterized by the continuous expansion and shift of the product portfolio. With the “53” models of the CLS, E-Class Coupés and Cabriolets, three new models with hybrid functions and a new type designation were added in 2018. Another highlight was the market launch of the AMG GT 4-door Coupé, the third sports car developed entirely in-house, following the SLS and the GT. The Mercedes-AMG A 35 4MATIC (fuel consumption combined 7.4 – 7.3 l/100 km; CO2 emissions combined 169 – 167 g/km)* completes the product range and is the new entry-level model in the world of driving performance.

In the year of its 20th anniversary, the smart brand achieved its third-strongest sales of the past decade: 128,802 customers opted for a smart fortwo or smart forfour in the past twelve months (-4.6%). A significant increase in sales was achieved in Germany, where more than 41,000 units of the urban microcar were delivered between January and December (+14.0%). The smart enjoyed great popularity also in China, where it achieved its second-best full-year sales since its launch in that market in 2009. Last year, the changeover of the smart into an electric brand made further progress: 2018 was the first year of full availability of all three smart models with electric drive. Never before have so many units of the electric smart models been sold in a year as in 2018. With the integration of the electric smart into the EQ product and technology brand last spring, the three electric smart models represent the first series-produced models in the EQ family. The aim is to convert the smart brand to electric drive in Europe completely by 2020, following the conversion already completed in the United States, Canada and Norway. 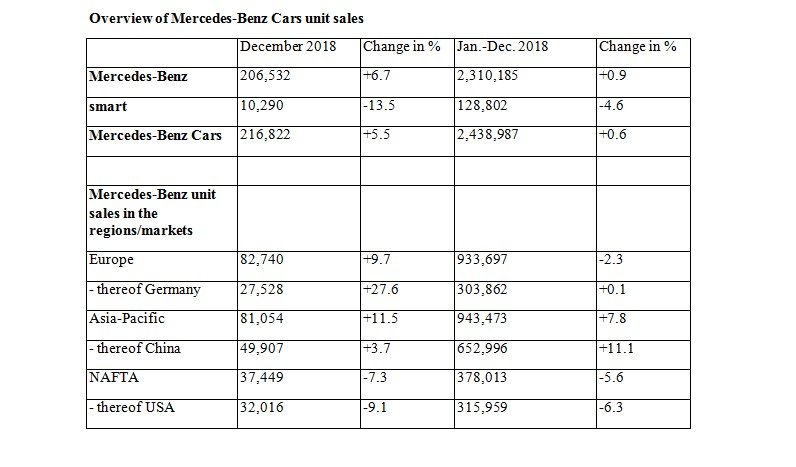