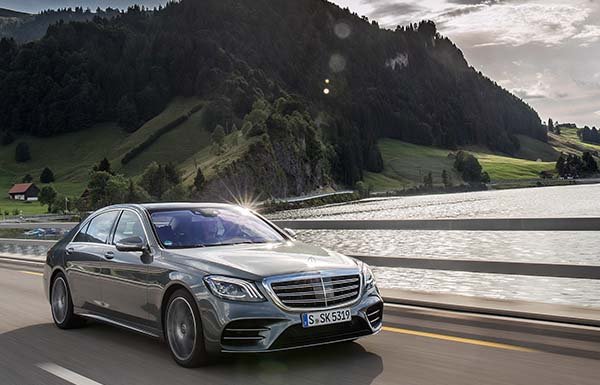 As reported by Mercedes-Benz headquarters, Daimler AG, the premium brand has continued its successful streak of double-digit growth since the beginning of the year. Mercedes-Benz has started the third quarter with a new sales record of 181,791 vehicles sold in July. This now adds up to a total global sale of 1,326,065 vehicles worldwide – a percentage growth of 13.3% compared to 2016.

“With growth in unit sales of eleven percent in July, Mercedes-Benz started the third quarter with a new sales record. Additional demand will be stimulated by the new S-Class Saloon, which we started delivering to our customers in Europe in July. The Mercedes-Benz flagship has set another milestone along the way to autonomous driving with a new driver-assistance package,” stated Britta Seeger, Member of the Board of Management of Daimler AG responsible for Mercedes-Benz Cars Marketing & Sales.

In the NAFTA region, more vehicles with the star were sold than ever before in the first seven months of a year (224,106 units, +0.6%). A total of 187,869 Mercedes-Benz cars were delivered to customers in the USA since the beginning of the year. New unit-sales records were set for the first seven months in Canada (+11.8%) and Mexico (+28.0%).

The model with the highest growth in sales was the E-Class Saloon and Estate, its 64.6% increase made a major contribution to the success of Mercedes-Benz in July. Total sales of those two models added up to 28.693 units worldwide, more than ever before in a July. The biggest sales market for the E-Class is China, where the long-wheelbase version of the E-Class Saloon is especially popular.

Unit sales of Mercedes-Benz SUVs increased last month by 14.6% to a new high of 64,521 units. The GLA and GLC were particularly successful with new sales records. Since the beginning of the year, approximately 450,000 SUVs with the star have been delivered to customers all over the world (+13.6%).

Demand was very strong in July also for the coupés, convertibles and roadsters, which are grouped together at Mercedes-Benz under the heading of dream cars. They achieved growth of 18.2% to sales of more than 14,000 units. In the first seven months of the year, over 100,000 dream cars were sold (+29.5%). The new E-Class Coupé is extremely popular in the first months following its market launch; more units of this model were handed over to customers than ever before in a July.

“This is yet another significant milestone by Mercedes-Benz. For all of us at Weststar, we are proud to a part of this success story. As Authorized General Distributors of Mercedes-Benz in Nigeria, we aim to remain relentless in our efforts to deliver the best sales and aftersales services at our premises and all our authorized dealerships nationwide.” – Mirko Plath, MD/CEO, Weststar Associates Limited.