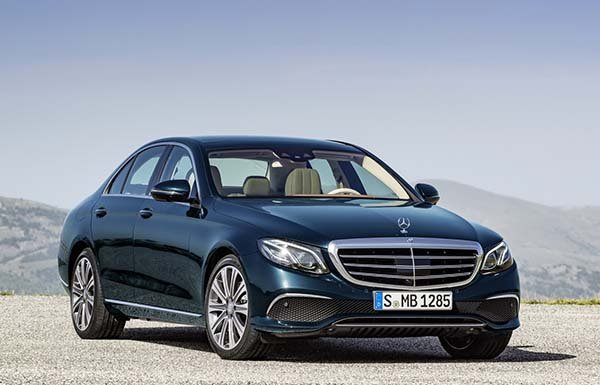 Mobility has once again been refined with the introduction of vehicular control using voice commands. Mercedes-Benz has further enhanced the performance of the LINGUATRONIC voice control system for navigation use and entertainment. This is one of the many efforts aimed at perfecting mobility in the autonomous future.

The new E-class features a new Audio 200 entry-level radio that comes with a larger display, new infotainment software and the option of a widescreen cockpit. Major highlights include the new Mercedes-Benz SD map navigation, which turns the radio to a high-end navigation system, online access and car telephony with fast LTE technology, additional interior appointment options and ambient lighting with dynamic light scenarios.

The LINGUATRONIC Voice control is an evolutionary leap forward as it comes with a wide variety of control options and an additional eleven new languages. For example, when the vehicle is equipped accordingly, blower level, temperature and seat heating can be controlled conveniently by voice command, with no need for drivers to take their hands off the steering wheel or their eyes off the traffic. Other controlled functions include the rear window heater and various comfort and lighting functions. Another new feature enables the driver to call up a wide range of information – such as the date the next service is due, the current speed limit, the vehicle’s range or the current date.

LINGUATRONIC uses commands, which are incorporated in the software, and is thus not reliant on an internet connection. In order to cover the vast range of control options, up to 450 voice commands are available, depending on the language version and the vehicle’s equipment. The commands are designed to be as simple, intuitive and natural as possible to match likely instinctive commands of the driver such as: “Navigate to ABC” to reach a desired destination, “Take me home” for already home addresses, “Call XYZ” triggers a call to the desired number and “massage me” initiates the seat’s massage function. 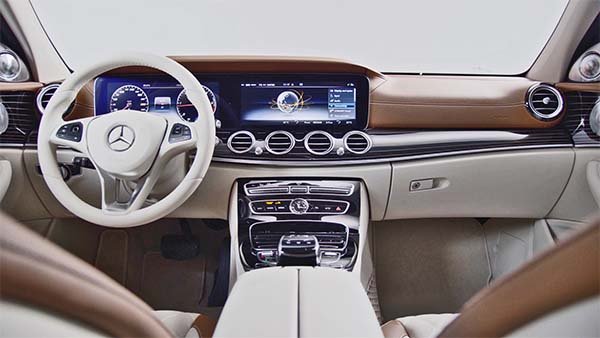 Several hundred alternatives are stored in LINGUATRONIC for each command, resulting in a high likelihood that the user will hit on the right phrase at the first attempt. By way of additional support, a “teleprompter” presents possible commands on the display as soon as the driver presses the push-to-talk button. In regards to human response, a new function allows the user to interrupt the system’s voice output to halt the current dialogue and move on to the next dialogue step, for example. This makes voice control faster and more efficient.

Another new feature lends the voice control system from Mercedes-Benz an appealing human touch. The system avoids constantly reacting to a command with the same answer, instead varying its response between three or four synonymous sentences. This lends communications with the system a pleasant and almost human touch.

In addition to the standard-specification Audio 20 USB multimedia system and the high-end COMAND Online multimedia system, Mercedes-Benz will be offering a new variant of the Audio 20 system in the E with a larger 12.3-inch media display (basic variant 8.4-inch) and new infotainment software in the future. 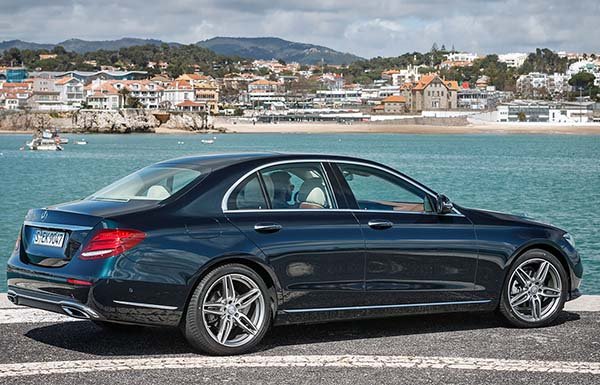 The new E-class comes with a host of improved details such as audible feedback from the Touch Control buttons on the multifunction steering wheel for even more intuitive operation. Boot lid convenience closing feature with additional closing function by means of a gentle push on the lid, Enhanced ambient lighting with 64 colors and three color zones showcases the interior like a work of art. Ten color schemes emphasize the hi-tech setting and lend structure to the interior. A new dynamic mode features changing colors, including a colored “welcome effect” for the driver, for example. The dynamic ambient lighting also offers functional aspects. It confirms the wish for a higher temperature by briefly highlighting in red the area of the vehicle, currently being heated up. E.g. the two USB charging ports in the rear, two new open-pore wood finishes for the center console with matching trim, plus new nappa leather appointments in macchiato beige/yacht blue.

The E-class is available for immediate delivery at Weststar Associates, Authorized General Distributors of Mercedes-Benz in Nigeria and all authorized dealerships nationwide.