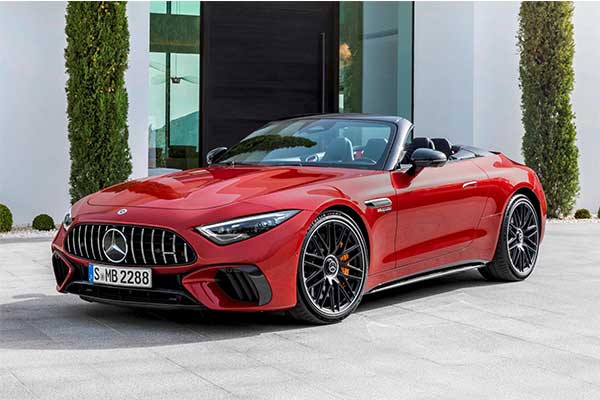 Mercedes-Benz has finally broken the lid off its latest version of the SL which will be available in a 2+2 seat format (for the first time in 30 years) and convertible model only.

On the outside, Its front fascia falls perfectly in line with Mercedes-Benz’s current design language by adopting angular headlights and the Panamericana grille-mounted relatively low. Outback, horizontal rear lights are integrated into a more rounded panel, and there’s a massive air diffuser. 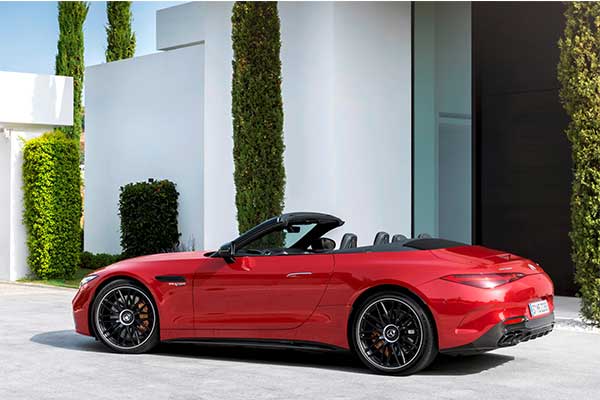 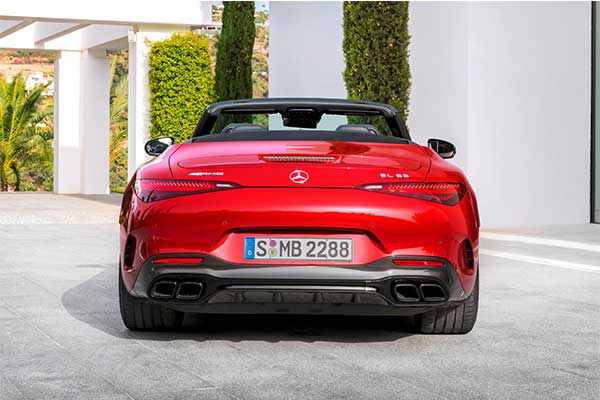 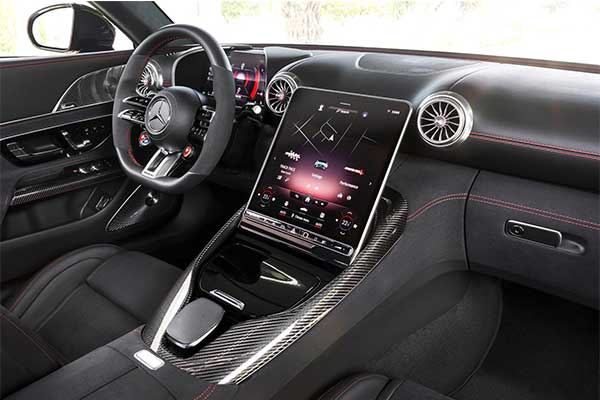 The interior of the SL perfectly blends traditional SL themes of performance and luxury, while also giving a nod to the original 300SL with its minimalist look. A 12.3-inch digital screen serves as the instrument cluster and features a special visor to prevent reflections caused by sunlight—a must for driving with the top down. MBUX with augmented video for navigation and a head-up display is exclusive to the SL63 variant.

An 11.9-inch portrait-style touchscreen, which we’ve already seen in some Mercedes models, sits in the centre console as the main hub for the infotainment. It features electric adjustment to enable drivers to avoid reflections caused by sunlight. Under the screen is a row of physical buttons used to control frequently used items. Completing the dash is a sports steering wheel with multiple controls, as well as four air vents with a jet turbine design.

The revamped SL will be available in SL 55 and SL 63 flavours, with both featuring a twin-turbo 4.0-litre V8 engine. The base model offers 469 horsepower and 516 Ib-ft of torque while the hotter variant dials output to a meaty 577 hp and 590 lb-ft. Both engines are mated to a 9-speed automatic transmission equipped with a launch control function and a 4matic+ setup with variable torque distribution and an electromechanically controlled clutch linking the permanently driven rear axle with the front wheels. 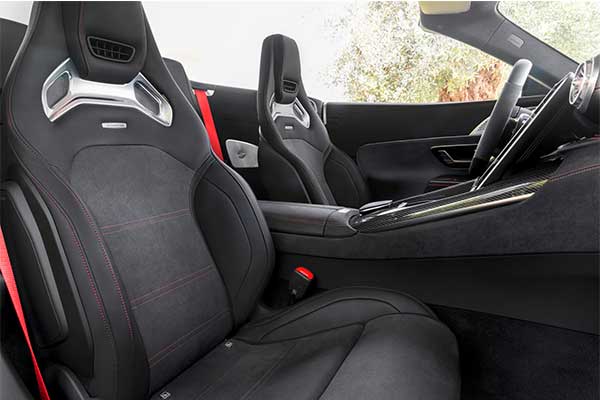 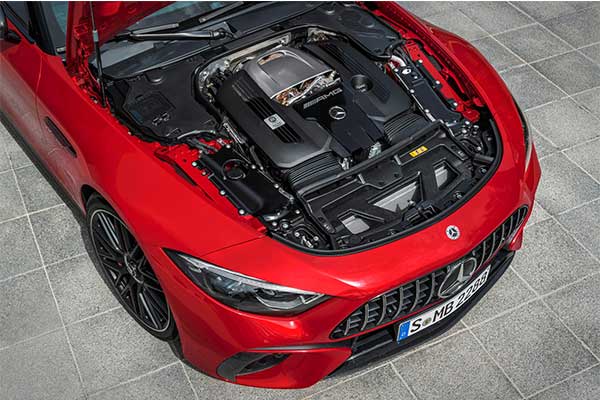 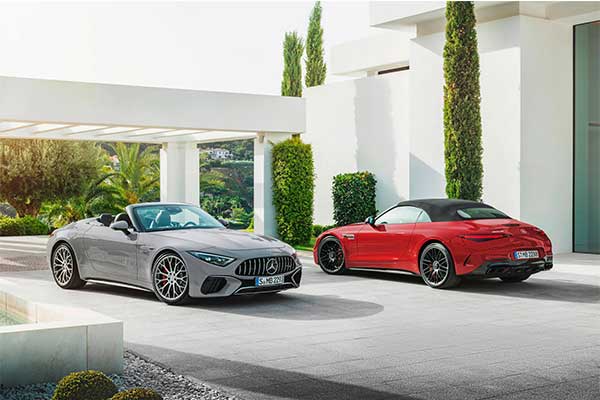