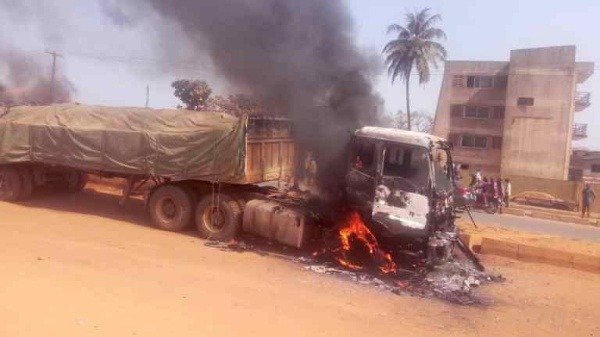 The accident occurred today (Tuesday) in Imowo in the Ijebu-Ode Local Government Area of Ogun State. 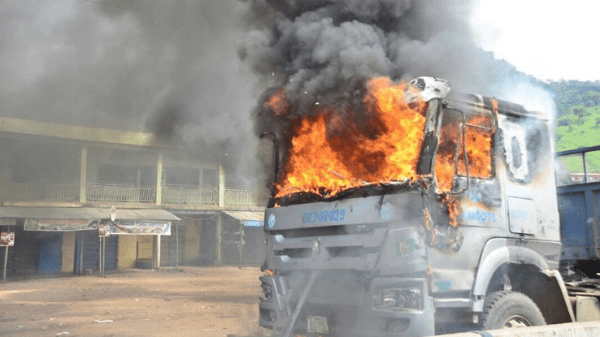 According to reports, the trucks hit the victims, a motorcyclist and a passenger, from behind and crushed them to death.

The Public Relations Officer of the Traffic Compliance and Enforcement Corps in the state, Babatunde Akinbiyi, confirmed the accident.

Akinbiyi said in a statement that the fatal accident occurred between Dangote Cement trucks and a motorcycle.

Akunbiyi said in a statement that:
“The fatal accident at Imowo within Ijebu-Ode along Ibadan road between two Dangote trucks and a motorcycle.

“Two passengers on the motorcycle lost their lives and hoodlums around the scene burnt two Dangote trucks on the road; and did not allow anybody to carry the two corpses on the ground for now.”

Akinbiyi also said traffic affected one lane of the road due to the reluctance of the mob in allowing the officials to remove the burnt trucks from the scene.