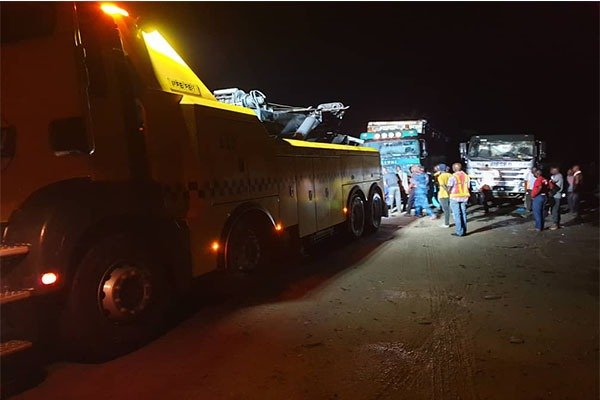 The DG, LASEMA, Dr Olufemi Oke-Osanyintolu, said that a truck, which fell on a commercial taxi on Lekki  Epe Expressway, has killed six persons.

Oke-Osanyintolu, while speaking to newsmen in Lagos, said that there were seven people involved in the accident. He also added that six out of seven of them died while one was injured.

The DG said that the truck, which had an unknown registration number had fallen on the fully-loaded commercial taxi. The truck that fell on the taxi was found to be one of Dangote’s

He said, ”Seven people were in the crushed car and six of them lost their lives.

“After the accident, the response team rescued the only surviving man who was trapped beneath the truck. He is now receiving treatment in the hospital.

“We have handed over corpses of deceased persons to FRSC to transport them to the mortuary.

“We appeal to members of the public to comply with the COVID-19 lockdown guidelines to avoid endangering themselves,” Oke-Osanyintolu said.

He also advised the rescue workers to follow the social distancing guidelines of the Lagos state government while carrying out their duties, NAN reports.

In case you have forgotten, LASEMA is the Lagos State Emergency Management Agency while FRSC is the Federal Road Safety Corps. I guess we all already know that and please “STAY SAFE AND PROTECTED“. 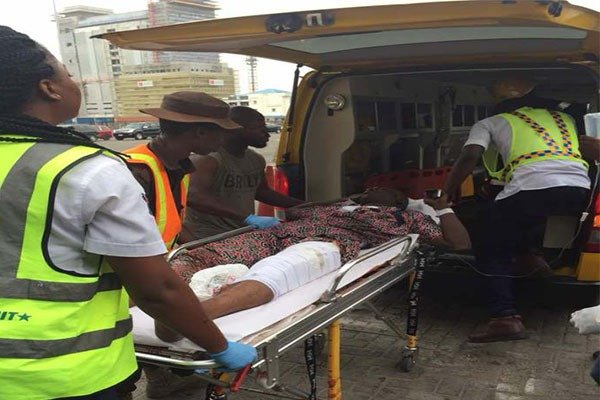 Photos : Thousands Of Grounded Aircrafts Parked At Airports Due To Coronavirus Outbreak