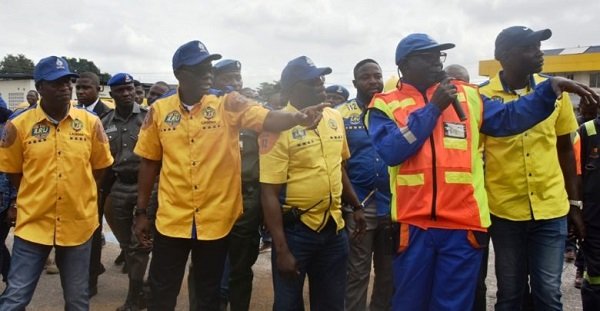 The Governor who spoke during his visit to the Lagos State Emergency Management Agency (LASEMA) operational headquarters at Cappa, Oshodi, praised the emergency response personnel for the quality of service the agency rendered, while saying that there was need to raise the standards of its operation in line with best practice. He pledged that his administration would support the agency to deliver on its mandate.

“This is why we are here to assess the level of response mechanism and take stock of the challenges the agency might be facing. We do not want to give excuses to the taxpayers. We pledge our continued support to encourage the agency to live up to expectations, because its efficiency in service delivery would be the parameter citizens would use to assess and write the agency scorecards.”

The Governor emphasised the need for maintaining professionalism and empathy in the discharge of the agency’s duty, noting that disaster management required promptness and competency to minimise losses.

Sanwo-Olu tasked the emergency workers to work towards reducing their response time by half. He said the government would address the resource gap hindering the agency from taking its service to optimal level.

LASEMA Director General, Dr. Femi Oke-Osanyintolu, led Governor Sanwo-Olu on an inspection of the equipment used by the agency in its emergency operations. The Governor also inspected the state of facilities in LASEMA Response Unit (LRU) in Alausa.

What factors do you think should be looked into to improve the rate of response to emergency by LASEMA?

Customs Seizes 153 Vehicles In Kaduna In The Last 6 Months