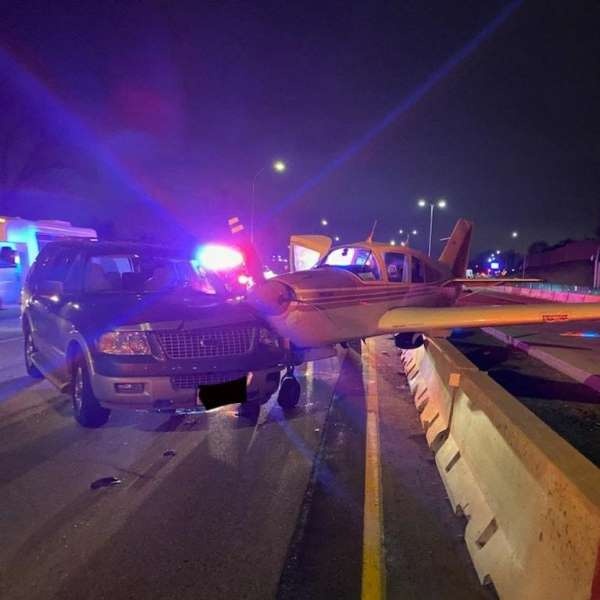 This is the moment a small plane crashes into a moving SUV in emergency landing on a highway in Minnesota on December 2nd.

A video footage has captured the moment a small aircraft crashed into a moving SUV during an emergency landing on Interstate 35W in Minnesota.

In the video, a plane, which appeared to have suffered an engine failure, was seen traveling at the same speed as the vehicles moments before crashing down on the car.

Moment plane crashes into SUV during emergency landing in a highway

Images of the single-engine aircraft, a Bellanca Viking, smashed into the bonnet of an SUV was also shared online.

Thankfully, nobody was seriously hurt in the collision that happened at about 9:15 p.m. on Wednesday, December 2. 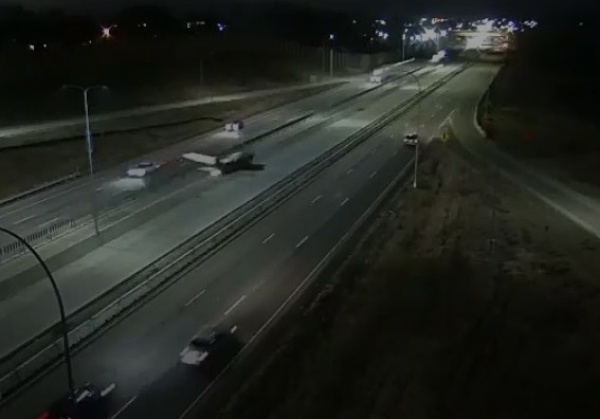 The driver of the SUV, Brittany Yurik, who was alone in the vehicle, walked away unscathed.

Craig Gifford, a 52-year-old pilot, and his passenger, were also uninjured during the crash.

Brittany Yurik, whose SUV was totaled during the incident, said :

“I saw [the plane] coming at me probably one second before we collided.”

“I talked to [Gifford] last night,”

“He’s very kind. He was very apologetic. He explained to me what happened, and I just can’t believe we’re all OK. I think he was feeling the same thing.”

The crash is currently under investigation by the Federal Aviation Administration and National Transportation and Safety Board.

65 Years Ago, Parks Refusal To Give Up Her Seat To A White Man Triggered 381-day Bus Boycott By Blacks