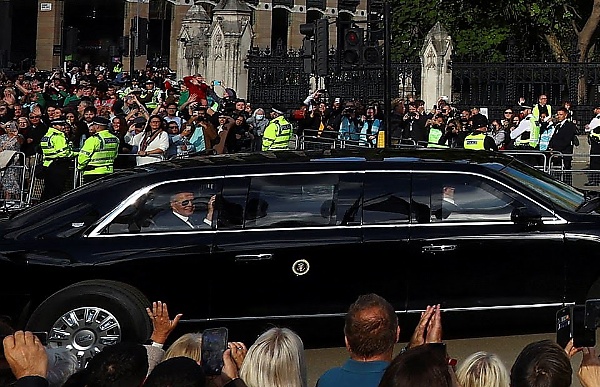 Footage of his arrival shows his Cadillac One limo aka ‘The Beast’ making an entry into the Westminster Hall.

Joe Biden is among scores of dignitaries and royals who have arrived in London for Monday’s funeral. 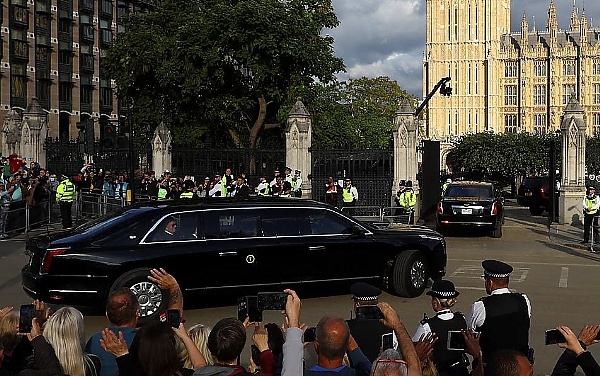 US President Joe Biden paid his respects to Queen Elizabeth II on the eve of her state funeral on Sunday by visiting her coffin lying in state at London’s Westminster Hall and signing condolence books at Lancaster House.

Footage of Biden’s arrival was shared online, with his armoured Cadillac One limousine aka ‘The Beast‘ seen in a convoy of dozens of security vehicles making an entry into London’s Westminster Hall.

“To all the people of England, all the people in United Kingdom, our hearts go out to you,” Biden said after he signed a book of condolence and visited her lying-in-state in Westminster. “You were fortunate to have had her for 70 years, we all were. The world’s better for her.”

Biden said he had consoled the queen’s heir, King Charles, that the queen would be “with him every step of the way, every minute, every moment and that’s a reassuring notion”. 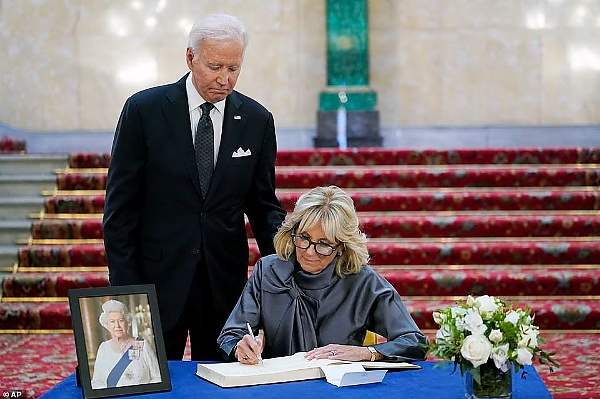 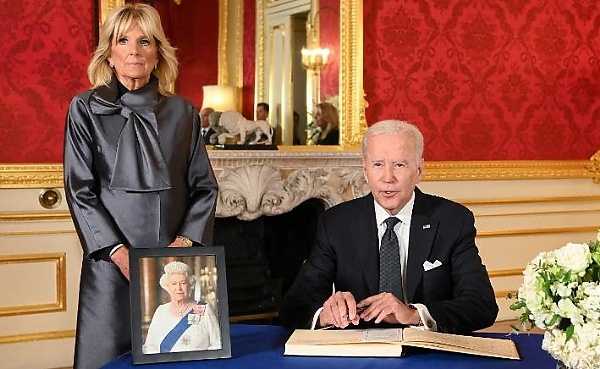 The United States president is among scores of dignitaries, Heads of State and royals from Europe, Asia, Africa and the Americas who have arrived in London for Monday’s funeral.

Hundreds of thousands of people from all walks of life from around the country and overseas have descended on London to bid farewell to Britain’s longest-reigning monarch. 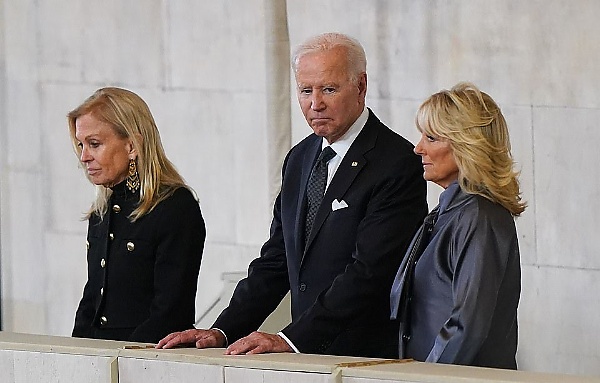 The President of the United States and his wife arrived at London Stanstead airport late Saturday night for the monarch’s funeral, which will take place on Monday.

His Beast limousine was later escorted by the UK Metropolitan Police, along with large motorcade of security vehicles carrying Secret Service personnel and White House staff.