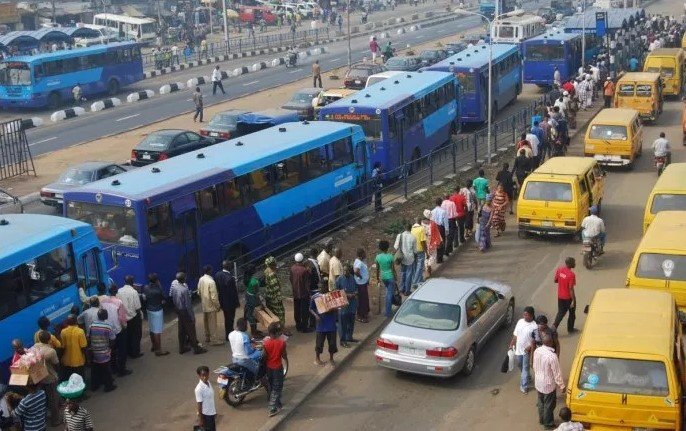 Lagos state is the most populous city in Nigeria and Africa at large. It is a state know to be land of opportunities.

The population of Lagos according to the Lagos State Government was 17.5 million, a number disputed by the Nigerian Government and judged unreliable by the National Population Commission of Nigeria. The latest reports estimate the population at 21 million, making Lagos the largest city in Africa.

When it comes to West Africa, Lagos has one of the most extensive and largest road networks. It is a state linked by many highways and bridges which are usually congested in peak hours. The rate of growth of the state is another contributing factor to this traffic congestion.

Below are the 5 most popular bus stops in Lagos. Once you make it into Lagos by road, you must hear about one of them. They are also the top bus stops that link to various other locations in Lagos.

The bus stop Oshodi was named after Balogun Landuji Oshodi Tapa, a Nupe boy who was adopted and raised by Oba Eshinlokun of Lagos.

We can say Oshodi is the most popular bus stop im Lagos and the whole of Nigeria.

Oshodi is a very crowded bus stop which is sitted at the center of Lagos. From Oshodi, you have access to almost every other part of Lagos like the Island and some other parts of the Mainland.

The name Ojota can be traced back to the 18th century when the present Ojota area was a military settlement where soldiers practiced or perfected their shooting skills.
As a result of the training, there were several gun firing spots which became known as “Oju Ota” which means “Bullet spots” in Yoruba.

The name later transformed to the Ojota we all know today.

Most Lagos first-timers will make it through this road because most of the interstate buses drop off their passengers here.

Ojuelegba is in the middle of the old Lagos Mainland Local Government. On one side of it is Surulere on the other is Yaba, the 2 major districts that make Lagos Mainland with close proximity to Western Avenue (now Funsho Williams Avenue) and Eko Bridge, Ojuelegba is ever-bubbling and busy.

Buses to most part of Lagos can be gotten from Ojuelegba due to its centrality.

Mile 2 serves as the intersection of Lagos-Badagry and Apapa Oshodi Express way which are 2 major roads in Lagos.

Like Oshodi, it has Mile 2 Oke (Upper Mile 2) and Mile 2 Isale (Lower Mile 2). Mile 2 is essentially the bridge that vehicles coming from or heading to Apapa take to by-pass Lagos-Badagry Expressway.

You can get buses going to most parts of Lagos from Mile 2 and also many interstate buses heading to different parts of Lagos. Maza-Maza is the next bus stop after Mile 2 heading towards Festac. If you want to travel to Benin Republic, Togo, Ghana and beyond by road, you probably have to pass through Mile 2 just because there are many bus services to other West African countries at Maza-Maza and a few at Mile 2.

Obalende is strategically placed between Lagos Island and Ikoyi. Obalende means “The king chased me to this point” when literally translated to English from Yoruba.

Obalende is one of the major gateways into the Lagos Island.

US Approves The Sale Of 25 Advanced F-16s Jet Fighters To Morocco for ₦1.4trillion