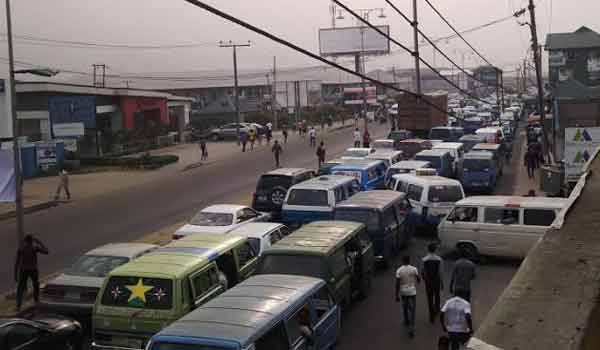 Following the blockade of most major roads in Port Harcourt metropolis, motorists in the state have decried the several man-hours lost daily on traffic within the state capital alone.

The roads were closed due to ongoing construction of flyovers and roads by the Governor Nyesom Ezenwo Wike-led administration in Port Harcourt City and Obio/Akpor local government areas of the state. 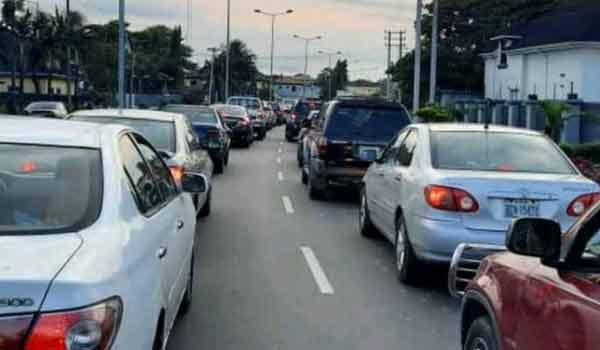 LEADERSHIP observed that motorists spend not less than five hours in a journey within the Port Harcourt metropolis, that before now lasts about 30 minutes.

A civil servant, who spoke on the condition of anonymity, said he spent over four hours moving from the Rivers State Secretariat complex in Old GRA to his residence in D-Line area of Port Harcourt on Friday evening.

He said: “The traffic situation in Port Harcourt is getting out of hand. One now stays 3-5 hours in traffic. Please, let the government find a solution to this traffic gridlock. The man-hour lost is incalculable.

“Imagine someone like me that stays in D-Line, which is a stone throw from the state secretariat (complex), spending close to four hours on Friday night trying to get home. This is terrible.”

However, a source close to Government House, Port Harcourt, told LEADERSHIP that the commissioner for works, Olisaelloka Tasie-Amadi, had a technical meeting with the construction company handling most of the projects with the aim of finding ways to reduce the suffering of motorists especially within Port Harcourt metropolis.

He said: “The Honourable Commissioner for Works, Olisaelloka Tasie-Amadi and his team held a technical meeting with Julius Berger PLC in his office last Friday with a view to finding solutions to alleviate the gridlock being experienced in some parts of the city as a result of the ongoing projects in Port Harcourt.

“The Ministry of Works is appealing for understanding as it implements necessary measures which are expected to yield results within the next 72 hours. The ministry’s efforts will remain an ongoing process aimed at continued improvements with each passing day.”

Mini Will Launch Its Last Petrol Engine Model in 2025 – Report

Air Peace To Establish Maintenance, Repair And Operations Base In Anambra