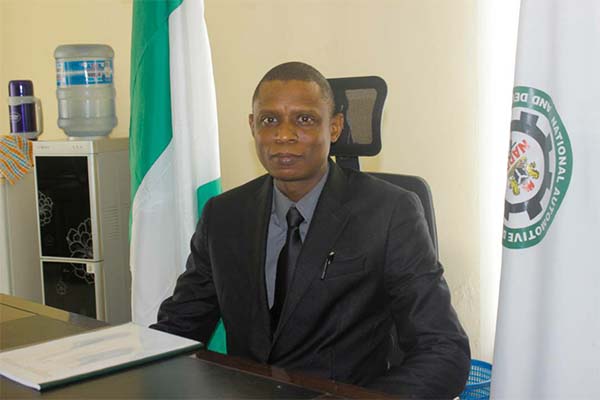 Importers of used vehicles will soon face the task of ensuring that such automobiles are accompanied by valid certificates of road-worthiness from the countries of origin, to indicate that they do not pose health and motoring hazards, before they can be allowed into the country.

The new Director General of the National Automotive Design and Development Council {NADDC}, Jelani Aliyu, stated this at a forum in Lagos where he met auto industry stakeholders for the first time since his appointment four months ago.

The former top designer with the General Motors in the United States of America said the council, which is charged with the responsibility of regulating activities in the automotive industry, is worried that most of the used vehicles coming into the country are in very bad shape and endanger public health and road safety.

Aliyu explained that some of the in-bound second-hand vehicles are dismantled before being shipped, only to be welded back and deployed to the roads, adding that in this process, safety standards are compromised.

To check the trend and ensure that only tokunbo vehicles that are still in good shape come into the country, the NADDC would work out an arrangement in conjunction with the Standards Organisation of Nigeria [SON] to make it mandatory for such vehicles to arrive the ports with road-worthiness certificates.

The document, according to him, would be proof that the vehicles were in good condition at the time they were leaving their countries of origin.

The Director General, however, stated that the council would not consider a total ban on the importation of the tokunbo vehicles pending the coming on stream, before the end of the year, of a finance scheme designed to ease the purchase of brand new cars by average Nigerians.

The vehicle purchase scheme which is being packaged in partnership with WesBank, a leading provider of motor vehicle and business finance in South Africa, is to ensure that Nigerians buy cars of their choice without having to pay the full value at once.

Guests at the forum were also informed that in line with the goals of the automotive policy, the council would encourage the domestic auto industry to produce vehicles that would be affordable in addition to meeting the needs of the local market.

The NADDC boss said that the production of vehicles that are relevant to the needs of the market would boost the campaign to encourage government ministries, departments and agencies to patronise made-in-Nigeria automobiles.

Commenting on the efforts made so far towards implementing the automotive policy, the NADDC Director in charge of Policy and Planning, Mr. Mamudu Luqman, said the council had procured hectares of land for the development of automotive supplier parks in Nnewi, Oshogbo and Kaduna.

One of the stakeholders, and Managing Director of ABC Transport, Frank Nneji, applauded the efforts so far made towards implementing the auto policy, but tasked the council on the imperative of boosting local content.

The transporter, who ventured into the assembly of heavy duty and light trucks, as well as mini buses in Enugu, said: “There is need for tyre industries to be developed; we should also be looking at battery, windscreen and other car accessories. The issue of input is one area that we want NADDC to focus on”.

Osigwe’s suggestion that the council should consider making a case with the relevant ministry, for the validity of the certificate to be extended to a longer period, was well received by the NADDC Director of Policy and Planning.