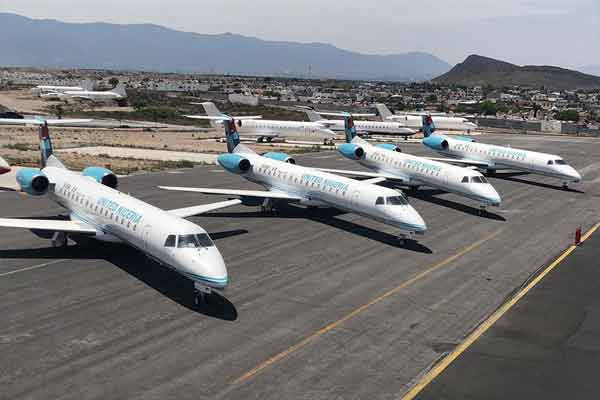 Nigerian airlines are beginning to choose aircraft types that are appropriate to their routes in addition to acquiring new equipment. Industry experts say this would make their operations more profitable, writes Chinedu Eze

Some years ago industry analysts used to excoriate Nigerian airlines at every aviation fora because of their poor choice of aircraft for the routes they operate. Many of the industry experts said for airlines that operate short haul flights of largely less than two hours, it is most inappropriate to operate long haul airplanes.

New entrants into commercial aviation seemed to have taken a cue from the criticisms and have started acquiring smaller body aircraft suitable and economical for short haul flights.
Over 10 years ago Arik Air came in with Boeing 737-700 and 800, but while operating it, it realised that there was need to have smaller body equipment and it acquired Bombardier CRJ 900 and later turboprops, Bombardier Q400.

Air Peace, which joined the market in 2014, acquired Boeing aircraft and shortly after acquired smaller body aircraft, ERJ 145, a 50 passenger capacity aircraft. United Nigeria Airlines, which started operation in February, 2021came in with ERJ 145 and Green Africa, which is under the process of obtaining Air Operator Certificate (AOC) finally chose ATR turboprop aircraft. 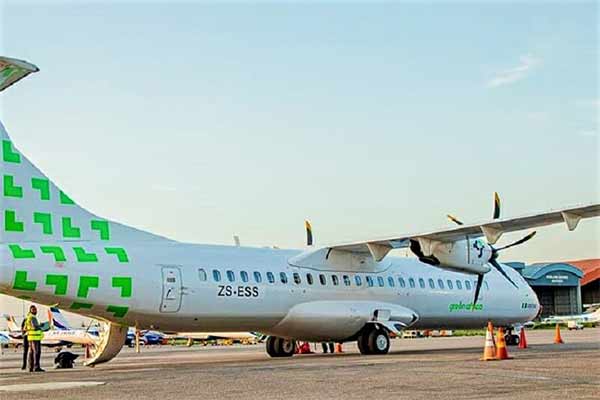 The Managing Director of the Nigerian Airspace Management Agency (NAMA), Captain Fola Akinkuotu, told THISDAY in a telephone interview that choosing the right aircraft has so many benefits, saying Nigerian airlines in recent time seems to have realised that because they are now choosing small body aircraft which is right for the short haul flights.

He said such aircraft types would help airlines breakeven with less number of passengers. For example, Embraer ERJ 145 is a 50 passenger capacity aircraft. With 35 passengers the airline can break-even a flight, but with a bigger aircraft like Boeing 737-800, which has the capacity of about 145 passengers, the airline needs about 90 passengers to break even.

Akinkuotu said bigger aircraft would make it difficult for an airline to breakeven with in a route where passengers cannot fill more than half of the aircraft. He noted that such airplanes are good but their choice should be dependent on the market.

“For example, if I have an airline that is not yet known, I can use smaller airplane to operate Lagos-Abuja route with a capacity of about 50 passengers; but as I get popular I will use bigger aircraft. With smaller aircraft you can ginger the market,” he said.

The NAMA Boss said the choice of aircraft is determined by design and market. For a long flight a bigger aircraft is needed, but aircraft utilisation is dependent on cycle and hours of flight. He said that if an airline uses Boeing 737-800 for example, to fly Abuja-Lagos and use the same aircraft to fly Lagos-Dakar, the Abuja-Lagos aircraft would record higher cycle because it would land six times in the same hours of flight, the one on Lagos-Dakar would spend before it lands.

In other words, if you operate Boeing 737-800 between Lagos-Abuja it will operate about 55 minutes in each flight so under one hour it would land two times and in the three hours it would take the one going to Dakar to get to its destination, the one on the Lagos-Abuja route would have landed six times, which is six cycles; while the other would have landed two times, which is two cycles.
He said the more the cycle, the higher the maintenance. But if appropriate aircraft is used it would be cost effective. Boeing 737-800 would be appropriately used from four to six hours’ flight. So there should be a balance.

Akinkuotu noted that there should be other factors to consider in choosing the aircraft type.
“You have to also look at the public perception. In Nigeria, travellers like aircraft that takes them above the clouds. Smaller aircraft are not as tolerant to weather as the big ones, but they may be good to the economy of the airlines,” he said. 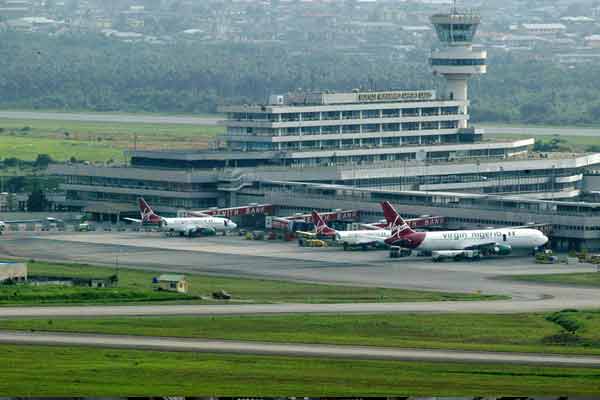 “These aircraft are expensive for domestic operation in Nigeria. The number of passengers required to break even is high. The volume of fuel used for one hour’s flight is high. Now, people have to reassess their business model and decide to choose aircraft that burn less fuel and the break-even load factor is lower.

“So where there used to be 80-90 passengers to break even, they would need 35-40 passengers to break-even because of the aircraft type and passenger traffic,” Akpan explained.
He also noted that smaller body aircraft could easily fly into airports that have smaller runway and the airports where passengers that are ready to travel by air at anytime could be average of 35-40. 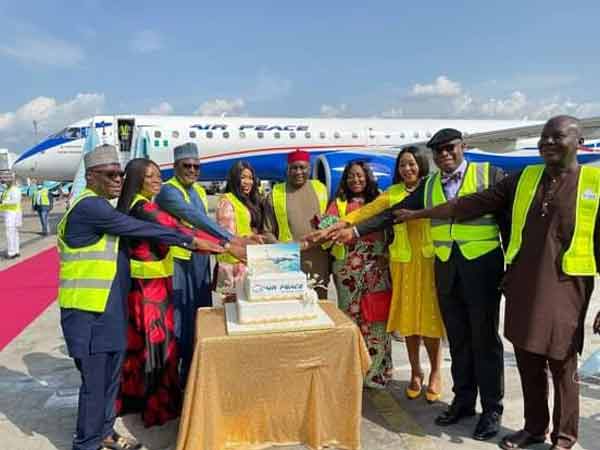 Last week when Air Peace received third of 13 aircraft it made firm order for from Embraer, the Director General of the Nigerian Civil Aviation Authority (NCAA), Captain Musa Nuhu, in eulogizing the airline noted that an airline buying the right size of aircraft for its operations is very critical to the success of that airline.

“Today is another milestone and it is a paradigm shift in the aviation industry in Nigeria. Not since the days of Nigeria Airways when I was quite a young man when I started my career have I seen any Nigerian airline purchase brand new aircraft. It is not only ordering a brand new aircraft but the right size aircraft for the Nigerian market.

“That right size is as critical as being brand new because it further enhances the airline economics, you break even with much lower passengers, the operating cost are lower, your maintenance cost are lower, it is much easier.

“You can fly routes and still come out profitable, even when you don’t have too many passengers. In addition to that, another factor we don’t realise, this new aircraft are environment friendly, less noise, less pollution. I am really proud to be the DG of NCAA when this change is coming,” Nuhu said.

“If it grows much better, there will be more jobs; more income and the contribution of the industry to the GDP will grow. Once our contribution to the GDP grows bigger, the government recognises the industry more, with more attention. We are getting good attention now, but the attention will grow and we will become a more relevant sector by increasing our GDP in the industry. We are here to work together and grow the industry,” the Director General said.

He described the relationship between airlines and NCAA as partnership, noting that the agency would always support Nigerian carriers in exploiting domestic, regional and international markets.
“We are friends and partners in progress in the industry. If you have issues, we will sit down and discuss and resolve it. Yes, Senator Hadi Sirika, the Minister of Aviation spurred airlines to make such bold move to acquire new aircraft. Most importantly, we need entrepreneurs like Onyema that believes in the country to come and invest, tie all loose ends together and grow the sector.

“I look forward to the day that majority of the Air Peace planes are brand new E195-E2s. Not only will it grow your market domestically, it will grow your market at the regional level. In West and Central Africa, we have 600 million people; you can imagine with the right size aircraft, you can easily airlift 150 million passengers. And I promised we would continue to work together, if you need all the assistance we will cooperate to ensure the industry survives,” Captain Nuhu said.

Also during the ceremony, the Chairman and CEO of the airline, Allen Onyema, explained that he was encouraged by the Minister’s compelling speech, which urged Nigerian airlines to acquire new aircraft. But at the point the speech was made, many of the domestic carriers were not positively disposed to the speech but with a hind sight, that speech inspired the decision of Air Peace to go for new aircraft and also the right aircraft for its operations.

“The Minster didn’t want Nigeria to be a dumping ground for old planes, not that the old planes are not safe. But at the same time, if you know the amount of money we spend on these planes you will not believe it.

“It is very, very demanding, whatever you make you take it to the MROs (maintenance facility) abroad. So any sensible Minister will be worried. But at that time, we didn’t really understand it but later we started understanding what he was saying. And he started getting us to understand him, trying to explain to us. “Secondly, this government provided enabling environment for us to thrive. The day we went to the Senate, the Minister was fully behind me when I was making presentation as the Vice President of Airline Operators of Nigeria (AON). The Minister drove me in his car; we went to the Senate to plead with them to pass certain things into law.

“Today we have Customs duties waived, today we have VAT removed from importation of aircraft, if not I will be paying over N1 billion from this aircraft that is arriving today. Today, it is part of our laws even when President Muhammadu Buhari leaves tomorrow, customs duties, VAT, will never depend any longer on the whims and caprices of whoever becomes President because now it is part of our laws. So government has created the environment for the industry to thrive, it has never happened in the last 15 years,” Onyema said.

Read the original article on This Day.