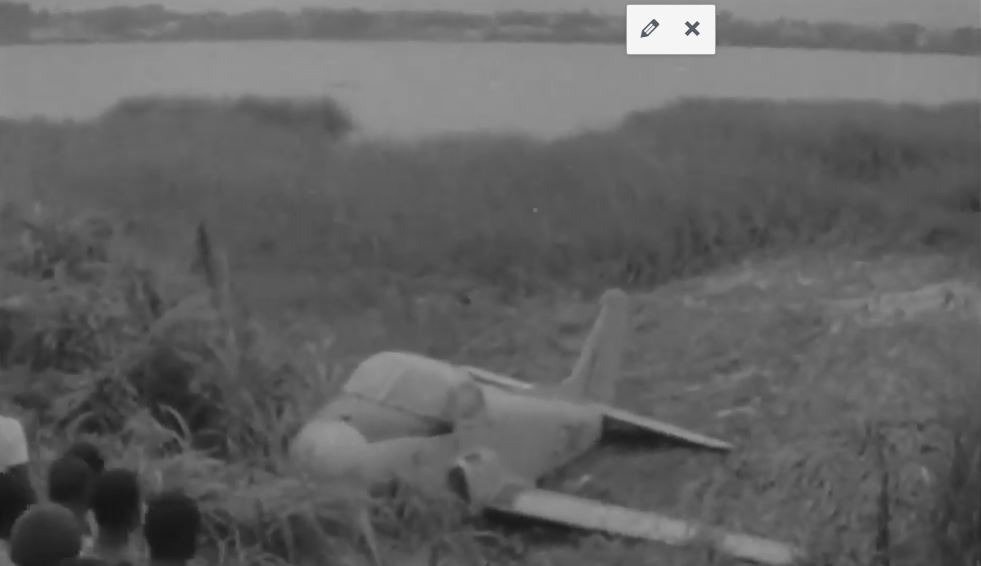 The video below shows the crash scene of a Nigerian Air Force jet aircraft. The crash occurred in Dahomey (now the Republic of Benin). The crashed occurred on June 23rd 1969.

The single-engined British-built Provost crash-landed on the edge of a lagoon near Porto Novo.

The crash happened during the Nigerian Civil War. This made some observers suspected that the plane had been on a spy mission. This was due to Nigerian concerns over International Red Cross mercy flights. The flights were originating from Dahomey to the breakaway state of Biafra.

However, the explanation given by the Nigerian Federal Commissioner for Information, Peter Enahoro, was that the plane had been on a routine training mission when it got into difficulties.

The pilots were taken into custody by Dahomean police. The crash site was only 300 metres from Porto Novo central police station.

Both pilots were later put before a commission of inquiry. They explained that the plane had been thrown off course by bad weather on a flight from Port Harcourt to Lagos, where the plane was to be overhauled.

Fuel failure had forced them to make a crash landing. The Provost was armed with two machine guns and possessed a reconnaissance capability.

The British-built jet was one of two jets purchased soon after the outbreak of the Nigerian Civil War. They were procured for training air force pilots. It was returned to Lagos by road on 5 July.