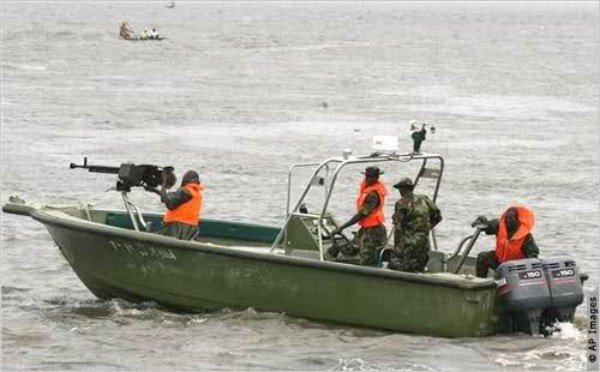 The Nigerian Army on Friday destroyed 500 drums of adulterated diesel worth millions of Naira and two cars seized from smugglers in Jebs Community in the Calabar South Local Government Area of Cross River.

The smugglers were said to have absconded on sighting the army, leaving drums of diesel and two vehicles behind.

The Commander of Operation Delta Safe, Sector 4, Col. B.A. Amakor, said:
“We have 500 drums of diesel which is worth millions of naira and they are being destroyed alongside two vehicles which were used to perpetuate the act.

“Some suspects were arrested and after preliminary investigations, some of the people who were used as labourers to offload the products were apprehended and we have handed them over to the relevant agencies for prosecution”

“The challenges we are facing apart from the issue of logistics is the challenge of the locals who are not ready to divulge information.’’

Col. B.A. Amakor added that Operation Delta Safe was doing its best to safeguard Cross River, particularly the waterways to stop smugglers from carrying out their illegal activities.

Gunmen kidnap All The Passengers In A Bus In Rivers State; Shoot Bus Driver (Graphic Photos)