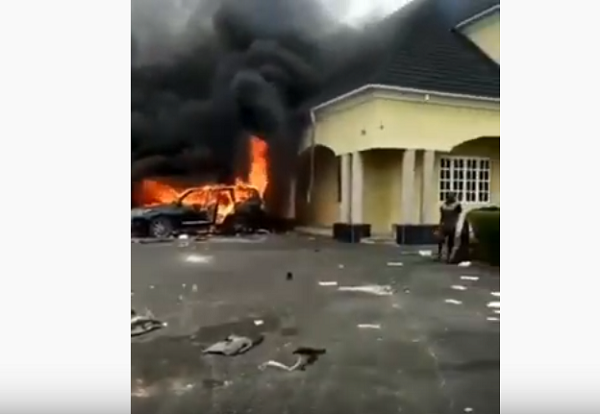 Hoodlums made it into the house of Cross River State senator, Victor Ndoma-Egba, and set his Lexus LX570 SUV on fire. This came after they looted many of his properties. The hoodlums looted items from the building located in Calabar, the state capital, after which they set the house ablaze.

This incident took place despite the 24-hour curfew in Cross River state as a result of the #EndSARS protest.

Victor Ndoma-Egba was a three-term Senator, representing Cross River Central Senatorial District of Cross River State in the Nigerian Senate from 2003 to 2015.

This Cross River senator’s Lexus LX570 set ablaze is a full-size luxury SUV. It is the third-generation of the LX range of SUVs. The LX570 is based heavily on the long-running Toyota Land Cruiser SUVs. The gigantic SUV is available as a two-row SUV with seating for five or a three-row that can carry eight passengers.