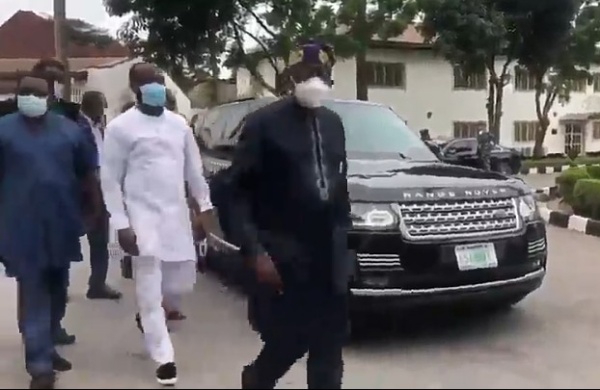 This is the moment Bola Tinubu arrived in armoured Range Rover Sentinel SUV as he visits Gov Sanwo-Olu.

Tinubu debunked the rumour he had travelled out of the country as reported by some sections of the media.

He said he is a Lagosian, adding that the Jagaban “still holds the title of Asiwaju of Lagos”. 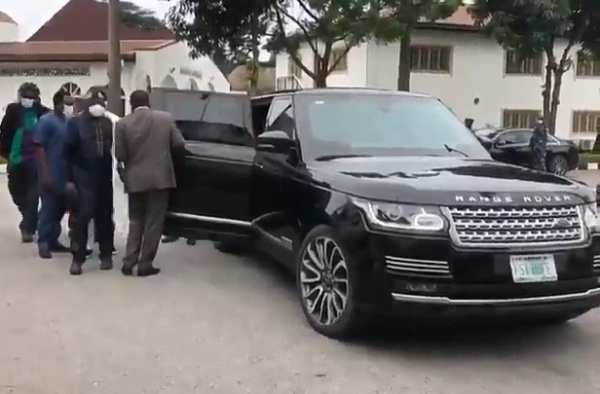 A video shared online captures the moment that the two-time Governor of Lagos arrived at the State House in Marina in an armoured Range Rover Sentinel Sports Utility Vehicle.

After his meeting with Sanwo-Olu, Tinubu debunked the rumour he had travelled out of the country as reported by some sections of the media.

He told reporters that the purpose of his visit was to ask Sanwo-Olu if he had ordered soldiers to attack #EndSARS protesters at the Lekki toll gate on Tuesday.

“I didn’t go nowhere; I’m a Lagosian and I still hold the title of Asiwaju of Lagos and I am still a Jagaban.

“Fake news is all over the place. They say Seyi my son was kidnapped and was chased but look at him. I didn’t pay a penny to bring him here.” 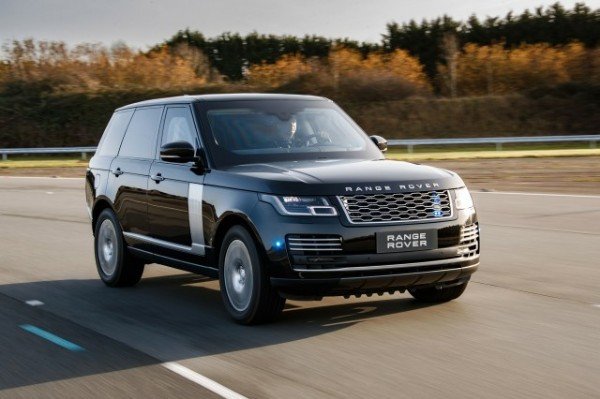 Bola Tinubu Jagaban’s Range Rover Sentinel, from the company’s Special Vehicle Operations division, is fitted with more than a tonne of armour plating and bulletproof glass.

It comes with a unique emergency escape system, and can withstand attacks from powerful weaponry including improved explosive devices (IEDs). 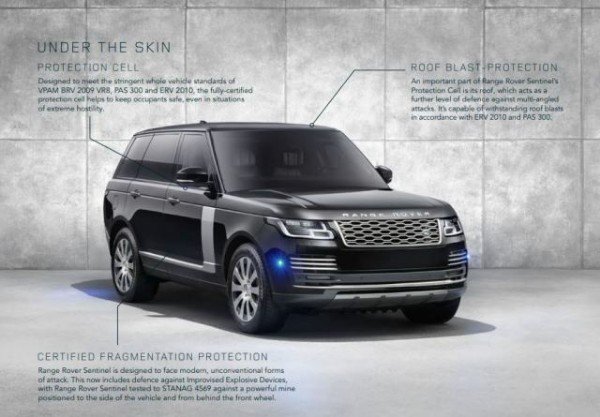 How Hummer EV Compares To The Tesla Cybertruck