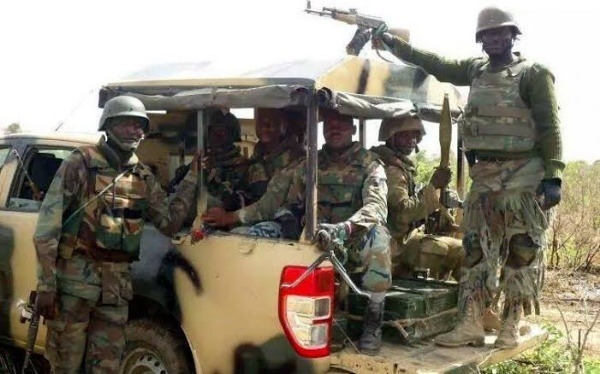 Till date, Private Umar still nurse the injuries he sustained on his two hands.

The Nigerian Army on Saturday honoured a soldier, Private Isa Umar, who rescued twenty-seven students from a burning vehicle in Zaria.

Umar; of the Nigeria Army School of Legal Services, Basawa, Zaria; allegedly rescued the students after being trapped in their burning school bus while on their way home on February 2018.

Till date, Private Umar still nurse the injuries he sustained while rescuing the students.

Umar was one of the officers and soldiers honoured by the Nigerian Army on Saturday at Faskari; Katsina State as part of activities to mark the 2020 Nigerian Army Day.

The Defence Minister, Major General Bashir Magashi ( retd) announced a donation of half a million naira for him Umar shortly after the Chief of Army Staff, Lt.General Tukur Buratai, decorated all the honourees.

The Minister in his address said his Ministry would not shirk in its responsibility of providing adequate support including logistics to the Nigerian Army.

COS Buratai in his address also maintained that he had improved on what he met on the ground when he assumed duty as the Chief of Army Staff.