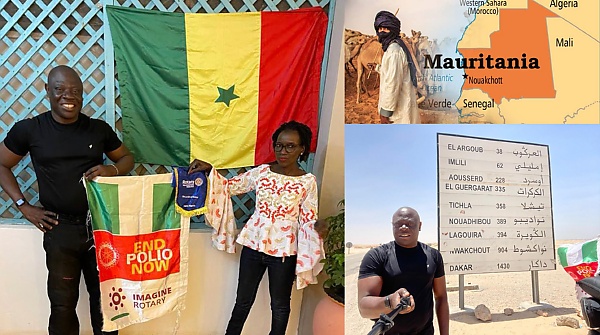 Nigerian on 25-day bike ride from London to Lagos reaches Am in St Louis, Senegal on Day 13 of his Charity ride.

Narrates his hellish experience at Mauritania, a country he described as the “worst shit-hole anyone can be”.

The UK-based Nigerian, Kunle Adeyanju, began his bike ride on 19th of April, 2022 to raise N20 million Naira for Charity. 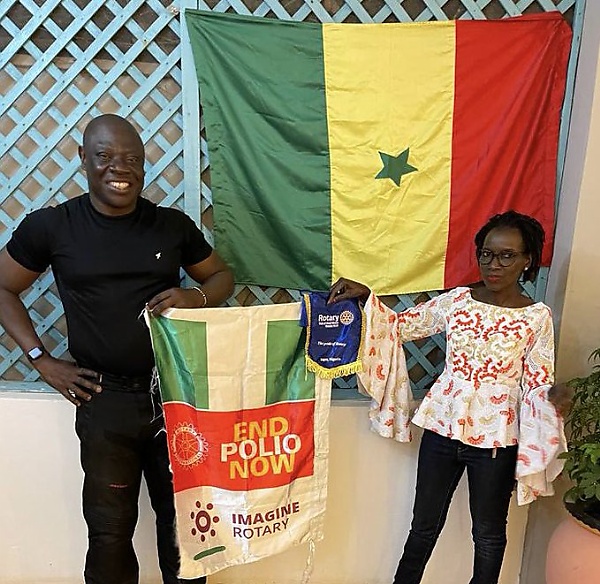 UK-based Nigerian, Kunle Adeyanju has reached Am in St Louis, Senegal on day 13 of his 25-day “charity ride” from London, U.K to Lagos, Nigeria, on a motorbike.

Adeyanju began his cross-country ride on 19th of April, 2022 to raise money for charity, which he said will be channelled to Primary Health, Water & Sanitation, PolioPlus project.

Narrating his hellish experience while at Mauritania after crossing the Sahara Desert through Morocco, Adeyanju tweeted that the country is the “worst shit-hole anyone can be, and a place” he “never want to visit again”.

“For me, Mauritania is not a country I ever want to visit again for anything, honestly in my opinion its next to hell.

“But if I keep mute on these terrible experiences in Mauritania, it will be a disservice to humanity, it may continue to happen to other people, and coupled with the fact that this whole scam is perpetrated in all aspect of the economy on foreigners.” 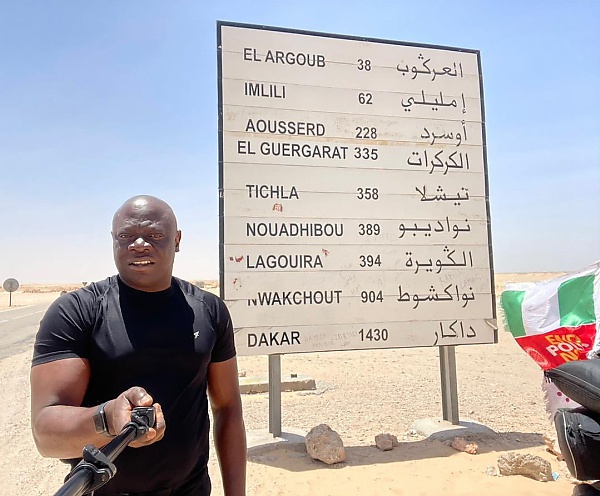 “In all my write ups, I usually don’t dwell on the negative sides of things am always on the positive because I believe that is what we should shine the light on.”

“All through over 1,400KM of riding through the Sahara in Morocco, I didn’t see any dead animal or their carcases, but under 600KM of desert in Mauritania, death is all you see littering their roads.”

“All you see are dead carcases of camel, goats, donkey etc littering the sides of the road as if that is the only place there is a desert.”

“To me Mauritania is the worst shit-hole anyone can be, and a place I never want to visit again. Even before the final episode of the day-light robbery,

“The Police, Immigration, Customs all worked together as a cartel to extort and make life hell for foreigners. In the heat of all these problems I had not choice but to part with $300.”