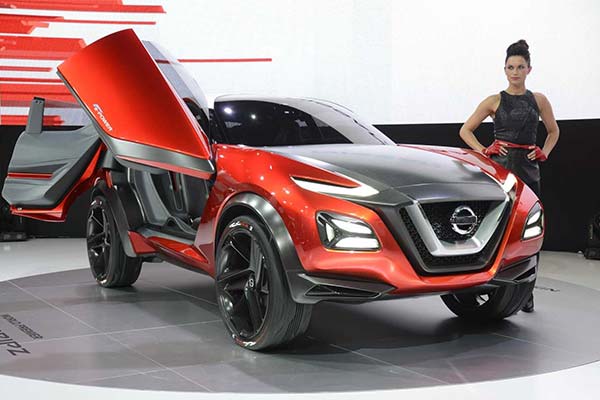 Nissan will reportedly launch sub-Ariya electric crossover that may rival the Peugeot e-2008 and the Mercedes-Benz EQA.

Nissan will reportedly launch a Sub-Ariya Electric Crossover that will be about the same size as a Juke. In Europe, the upcoming EV will rival the Peugeot e-2008 and the Mercedes-Benz EQA.

The Nissan Ariya is one of the most hotly anticipated new electric vehicles, thanks to its unique look and the promised specs. However, due to it’s high starting price of around $40,000 (similarly priced to the Tesla Model Y), it may still be out of some people’s budget range.

This is why there is excitement at the prospect that there will also be a smaller electric Nissan high-rider launched not long after it.

According to AutoExpress, the Juke-sized BEV crossover will be built on a version of the same Renault-Nissan Alliance CMF-EV platform. This is the one used to underpin the larger Ariya, as well as the upcoming fully-electric Megane.

“A platform investment is huge. For sure, there will be usage for the [CMF-EV] platform for something more than Ariya. We wouldn’t have invested in a brand-new Alliance platform unless there was other usage planned.”

The vehicle should also feature Nissan’s E-4ORCE dual-motor all-wheel drive system. Although, the cheaper base models will most likely be front-wheel drive only.

And since the Ariya is a coupe-crossover, it’s not a stretch to suggest its smaller brother would have a similar body style. The source points out that the standard model may not be coupe-like. However, Nissan could launch it with both body styles (more traditional crossover and fastback).

In Europe, there are already talented vehicles in its size and price bracket. In other words, other manufacturers were quicker to speculate demand in the segment. No word on where it would be sold either, although it would make sense for it to be designed with the global market in mind.