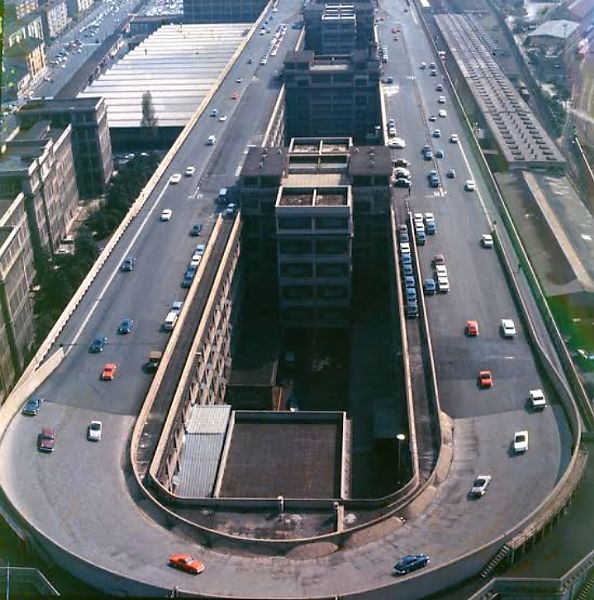 Old Fiat Factory in Turin functioned as the Italian car brand’s headquarters from 1923 to the early 1980’s.

Fiat’s iconic factory is famous for the test track on its roof, where each new car were tested before leaving the factory. 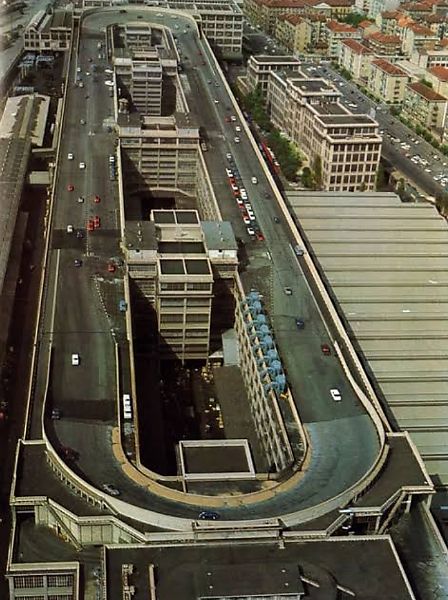 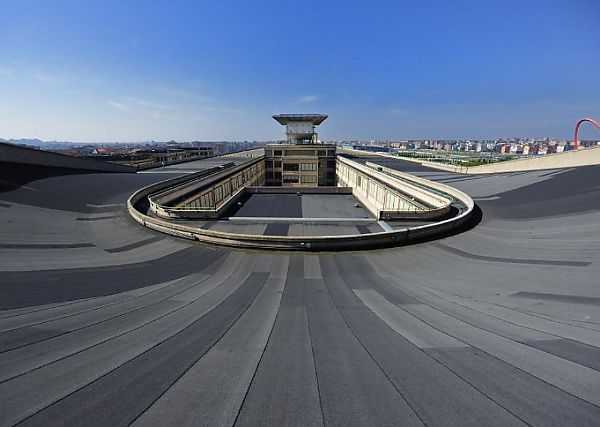 The Lingotto building is a massive, five story tall, half-kilometer long concrete structure, that once housed the largest and most modern car manufacturing plant in Europe. 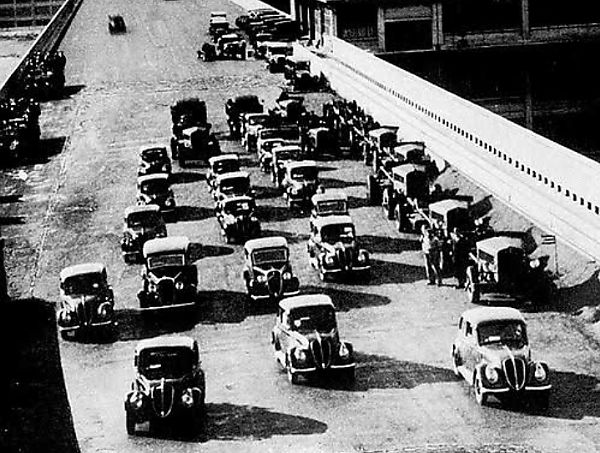 The factory is famous for the test track on its roof, where each new car were previously tested before leaving the factory. The track covered the entire roof and it features two 443 meter straights and two angeled bends.

The factory’s assembly line began at the ground floor and ended on the roof. Spiralling ramps inside the building allowed the cars to be driven back down and into showrooms. 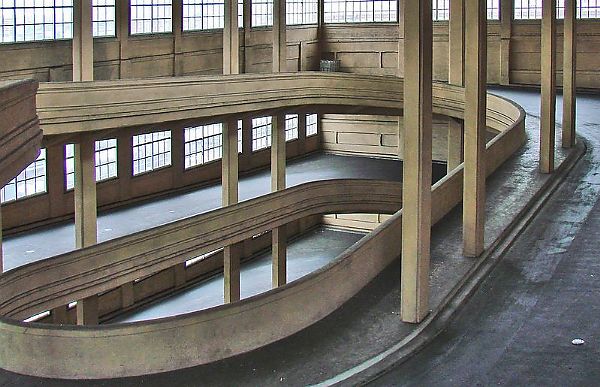 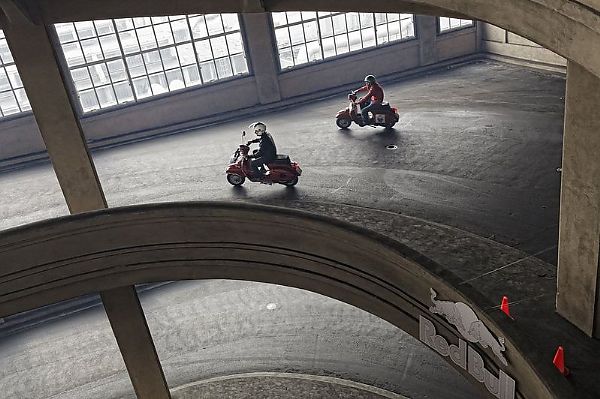 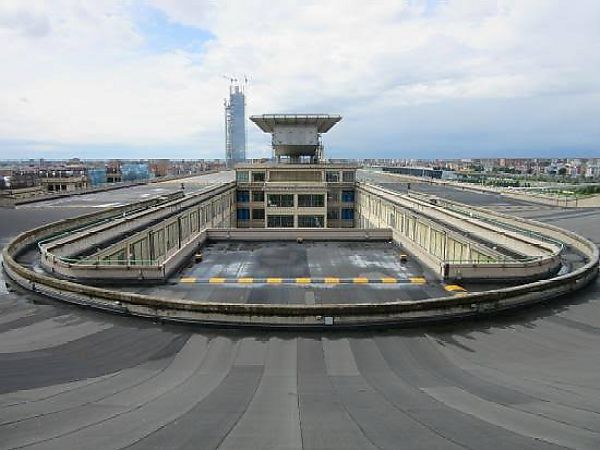 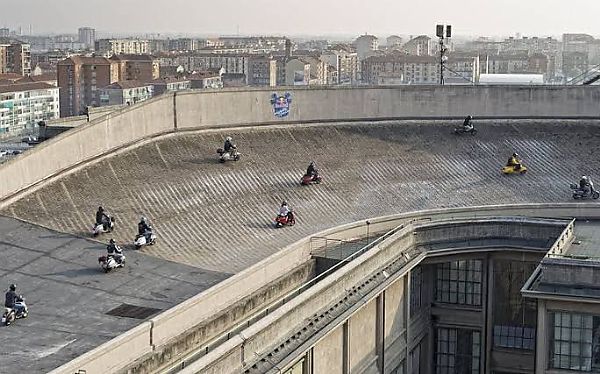 The garden, which contains over 40,000 indigenous plants, is part of a scheme to allow the public to visit the famous test track. 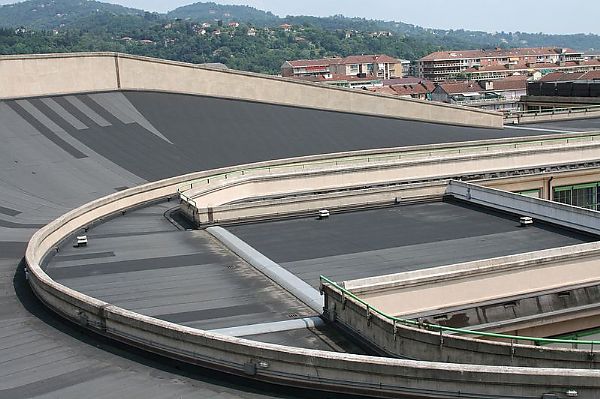 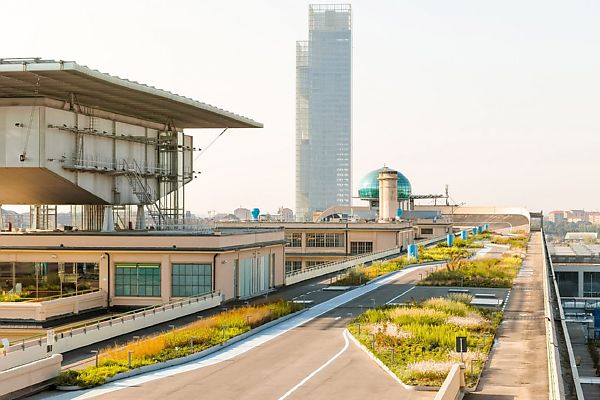 The famous test track, now dubbed an “e-track”, will now only be used by electric vehicles.

“Because of its memory, the idea of a test track has been preserved and transformed into a track only for electric vehicles,” said Camerana, who heads Turin architecture studio Camerana & Partners. 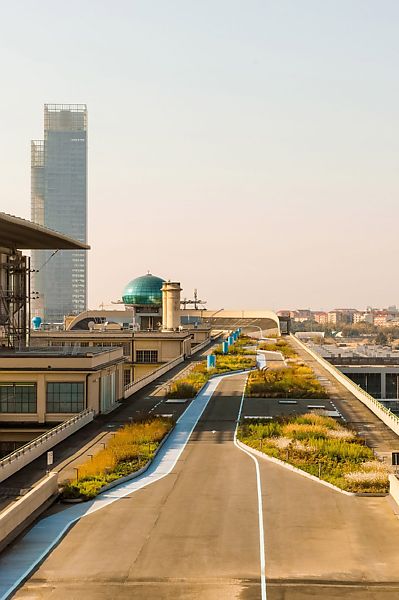 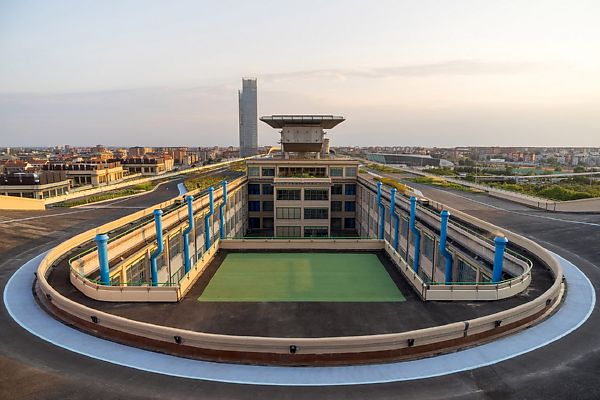 “So the clean cars can drive gently in between the green islands, looking for a new harmony between mobility and nature.”

The factory featured in the 1969 film “The Italian Job”, where Carabinieri chased three Mini Coopers around the building and test track. The track will now be used to demonstrate the new Fiat 500 electric models.