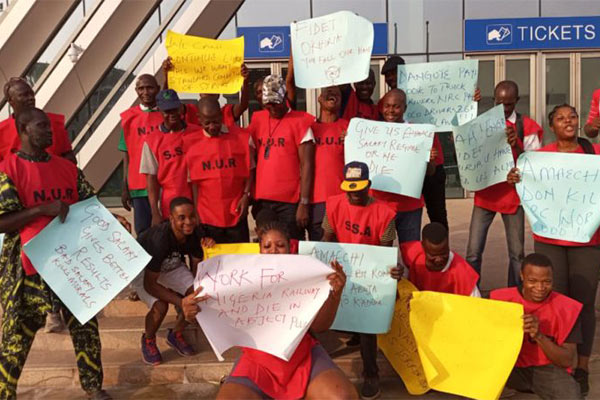 The two labor unions in the Nigerian rail sector had earlier issued a 3-day warning strike notice over poor welfare packages for workers.

As promised, angry railway workers on Thursday shut down passenger and cargo train services of the Nigerian Railway Corporation (NRC) across the country.

When newsmen visited the Mobolaji Johnson Train station in Ebutte-Meta in Lagos on Thursday, workers were seen displaying placards and singing solidarity songs as they ensured that there were no train services at the station. 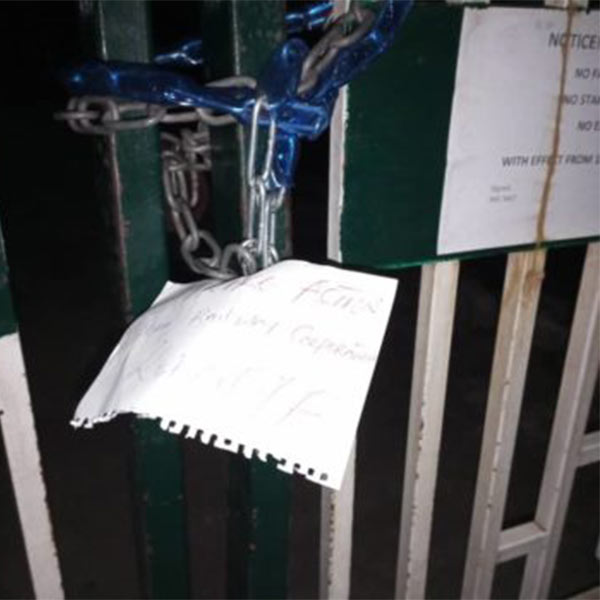 Some of the passengers who had besieged the Mobolaji Johnson Train station to board trains were turned back by the angry workers as all the gates leading into the NRC premises were locked up.

Speaking to journalists after the meeting with the Minister of Transportation, the President of the Senior Staff Association (SSA) NRC Branch, Comrade Aliyu Mainasara explained that the request by the Minister of Transportation that the workers suspend their planned strike before he can talk on review of workers welfare was rejected by the workers.