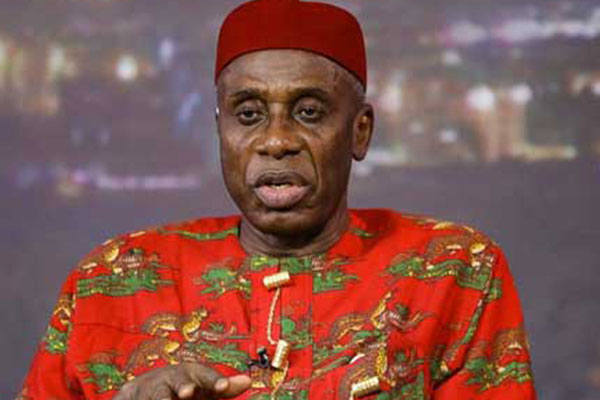 The Minister of Transportation, Mr. Rotimi Amaechi said that the Federal Government is set to send 300 Nigerians to Portugal to study railway engineering.

According to Amaechi, the 300 Nigerians will study the technology in the building of Kano-Maradi rail line. This is in addition to the 300 already sent to China in 2019.

The Minister disclosed this via a Twitter post ahead of the ground-breaking for the construction of the rail line.

He said, “In 2019, we sent 300 Nigerians to China for training in Railway Engineering.

“This year, we’ll be sending another 300 to Portugal to study the technology in the building of the Kano-Maradi rail-line, which is purely European.”

“The ground-breaking ceremony would formally kick off work on the 284km standard gauge rail project to be undertaken by Messrs Mota-Engil Nigeria Ltd, a Portuguese firm.

The line, according to the Minister, has a design capable of passing through major cities, towns and villages without dividing them to facilitate public transportation and stimulate the development of the agricultural economy and manufacturing industries along the corridor.

The project will have a total of 15 stations including Maradi which comprises two main stations in Kano and Katsina, three medium stations in Kazaure, Daura and Jibiya, three small stations in Shagalle, Dambatta and Mashi, with other Halt stations at the Airport, Kunya Dube, Muduru, Daddara, Anoal Mata and Maradi.

The rail line which has a branch line to Kano-Dutse is important. This is because of it potential in harnessing raw materials and agro products along the corridor.