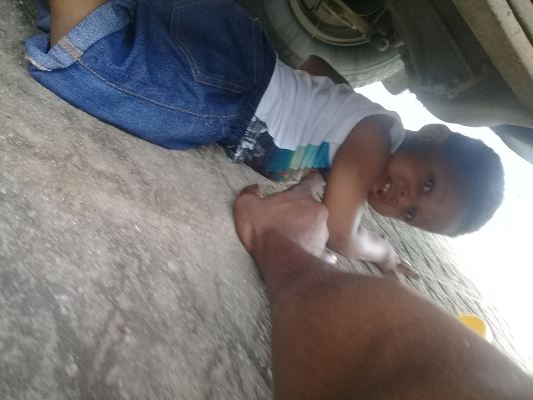 A pastor in Port Harcourt, River state, revealed how he almost crushed his son under his car to death.

The pastor said his little boy got stuck under the car when he went to pick up his ball.

How To Prevent Your Child From Getting Killed By Your Car 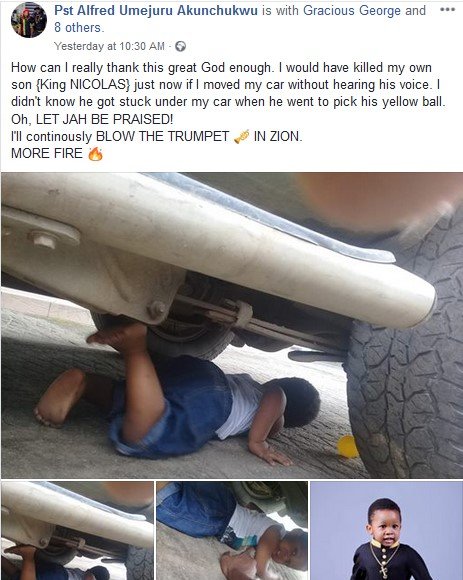 How can I really thank this great God enough. I would have killed my own son {King NICOLAS} just now if I moved my car without hearing his voice. I didn’t know he got stuck under my car when he went to pick his yellow ball.
Oh, LET JAH BE PRAISED!
I’ll continously BLOW THE TRUMPET 🎺 IN ZION.
MORE FIRE 🔥

If You Have Kids In Your Compound, Don’t Be In A Hurry To Drive Out (Picture)

Kids play a lot and would always move randomly wherever they find themselves. It is very important to drive with caution and be very careful when driving around kids.

Always check around your car for kids before driving out of the compound.

Don’t drive off with speed out of the compound and be very watchful. 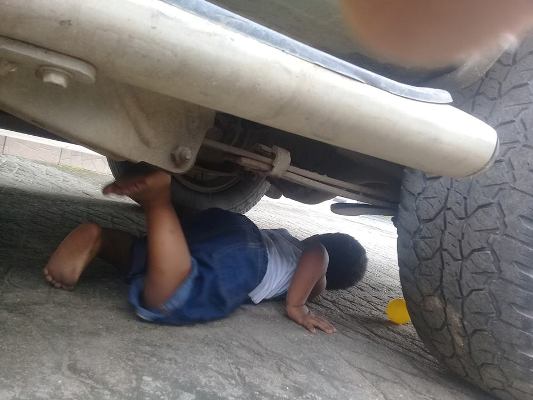 Carfax Vehicle History Reports In Nigeria Is Now A Click Away